An hilarious satire of musical theatre 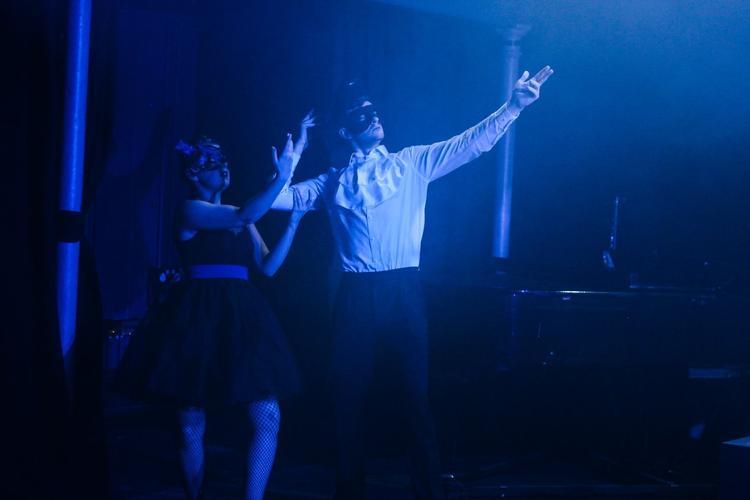 Parody shows are becoming bigger and better than ever, with more in development every day. One of the most famous parody shows around is Forbidden Broadway, with new parody hits hitting the show all the time. In 2003, a new musical set foot into this parody world, and it is jam-packed with musical references and parodies to rival any other show.

The Musical of Musicals: The Musical is the latest production by London’s Premier Amateur Theatre Company, SEDOS with a small but perfectly rounded cast. In what is truly an ensemble piece, the six members of the cast (Joseph Dickens, Laura Ellis, Penny Rodie, Daniel Saunders, Lucy Spreckley and Alex Yelland) all delivered fantastically entertaining performances and helped to set the scenes that you were about to watch.

To deliver a parody show, there is an importance to know the source material to such a high standard that you can lovingly share that experience while cleverly mocking the style. This production has very clever writing to help push this to the forefront, but it is clear from the staging of this show that this piece was directed with great style and love by Emma J Leaver (assisted by Chris Foxwell)

Every time we moved on to a new style of theatre, it was always clear of the interpreted style, from the cheesiness and traditional styles of Rogers and Hammerstein to the very stylised performances of Sondheim and Kander and Ebb. The beauty with the staging of this performance, even if the audience misses the references, it is performed to such a high quality that the audience has full enjoyment at all times.

The Musical of Musicals: The Musical proves that once again, SEDOS really is London’s Premier Theatre Company.