There is no sin in Syndrome! 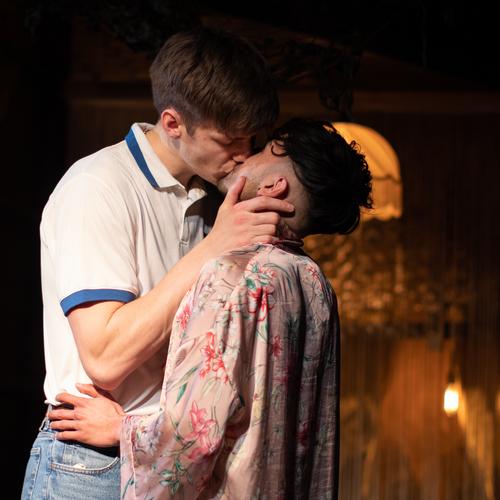 Award winning writer Tina Jay executes a masterpiece in the form of Syndrome.  This is a heavy hitting piece, set in the Gulf War it follows the stories and relationships of the young men who fought and how, 29 years later, the effects of the war are so much more than PTSD.

The first half is punchy and light; we see how the group interacts with one another, the friendships that are formed and the close bonds that are built up - the camaraderie and companionship that grew despite the very real and mentally challenging environment.

The second half drills deep into the core, the atmosphere becomes more heavy as the realisation of their time in Iraq hits home.  The after effects of the chemical warfare and burning fuel saliently highlighting that there was more to the war than the psychological pain and the mental anguish – there is also the very real physical damage – the door banging highly reminiscent of a bomb exploding, the consequences for friends and family of the four men in full display.

Jack Brett Anderson has directed this piece diligently and with care and consideration. The cast worked well together and given that it is such an intimate piece each character was given enough fresh air and fresh light to be comfortable and it is to be applauded that each member of this production held their role with integrity and dignity. A special mention should be made to Hussain Manawer who articulated each nuance of his feelings.

My takeaway from this is the old adage, men go to war as boys and come back as men. Whilst this may be true, it is a very real fact that they do return as men in a very wounded shell.