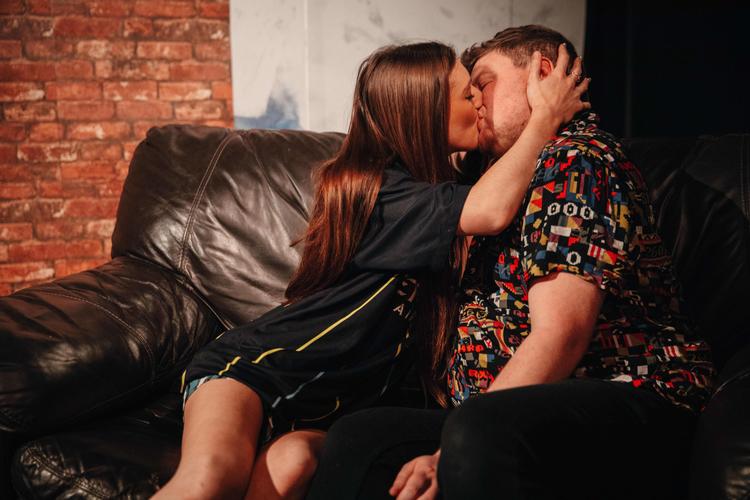 We all know what this phrase means, but do we know the consequences of slapping a tag and a culture onto the young, impressionable “kidults” of today?

Produced by JLA Productions & Actor Awareness, Netflix & Chill exemplifies an all too common story of deteriorating male mental health, toxic masculinity and lad culture. We are led through a couple of days of Ben’s (Tom Stocks) life as a working chef, an abandoned son and a miserable lover.

Stocks’ performance is impressive throughout the piece, barely leaving the stage for a single moment. It is always inspiring to see a multi-talented performer, bring their own script to life without it seeming self-indulgent or conflicting with the direction (Luke Adamson). Moreover, the history being so close to his heart, did not affect the performance, if anything it enhanced it; his presence was a comfort to all the other actor’s on stage. Although a little too much in the first half, Charlotte Price’s performance as Jill in the final scene with Stocks was the most powerful of all. A palpable yet relatable awkwardness allowed the true purpose of the piece to reveal itself without shoving it down the audience’s throats.

Unfortunately, JLA’s lighting paired with Adamson’s sound was immature in design and very demonstrative rather than insightful; red lights mean anger, blue lights mean sadness. Similarly, the sound design largely consisted of patronising deep synthesisers arriving if something bad was about to happen, acting as a queue for the actors to start shouting their emotional lines. The voiceover’s acting as an inner monologue throughout the journey were a somewhat redeeming quality to sound. However, other than the comedic effect, the creative device, not adding to the drama or character, didn’t seem to serve any further purpose. The most frustrating aspect of voiceover, having been written quite obviously by a man was the odd decision to have the female voiceover very briefly for just one scene when all we had for the rest of the play was Ben’s thoughts. It seemed almost demeaning to have this short snippet of what a man thinks a girl is thinking about during sex.

The writing itself was unimpressive. The themes are clear and incredibly important which is why they felt undermined by poor presentation in Netflix & Chill. Pop culture references being shoe-horned in to create comedy meant that instead of leaving an uneducated audience enlightened, they completely missed the purpose and the more woke audience member felt almost insulted by the poor craftsmanship. With a heavy re-work, this endeavour has intrinsic potential. To even dare to produce theatre so blatantly displaying male mental health and the painful consequences of not speaking about it more openly, is an admirable feat and should be encouraged.