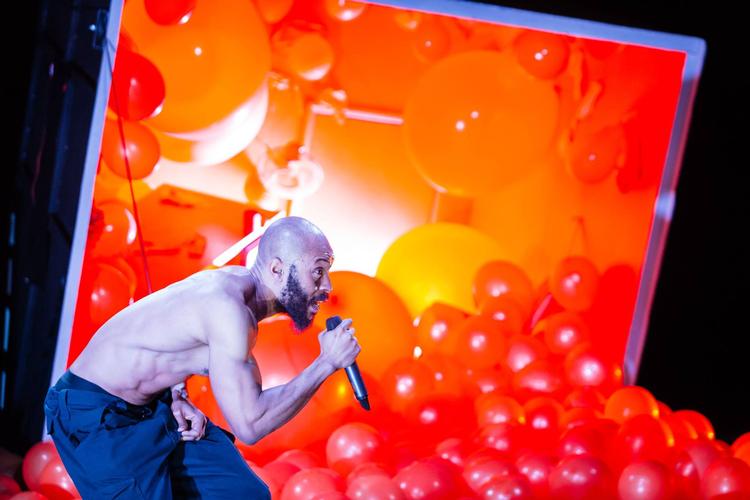 You don’t want to have an argument after 10 PM in a London bus. You just don’t want. Because an argument could become a fight. And who knows what else.

This is the starting point of Misty, Arinze Kene’s show. The initial metaphor is really beautiful. London at night is shown on a big screen as seen from an airplane. London pulses of life. And we are the red cells but we have to careful, because there are viruses too, ready to attack.

Arinze’s performance is rich and physically magnetic. There is music, rap, poems, police brutality, gentrification, and much more. He has a great stage presence; his acting is captivating and full of life;  the two musicians (one on the left, one on the fight) help to create an engaging atmosphere. The shows is defined as "gig theatre, spoken word, live art and direct address" and my impression is that all these things and all the topics were probably too many to put together and they would need to be better integrated and amalgamated to give a sense of continuity to the show that I missed.