78 Reasons why Tarot is a Psychic Extravaganza! 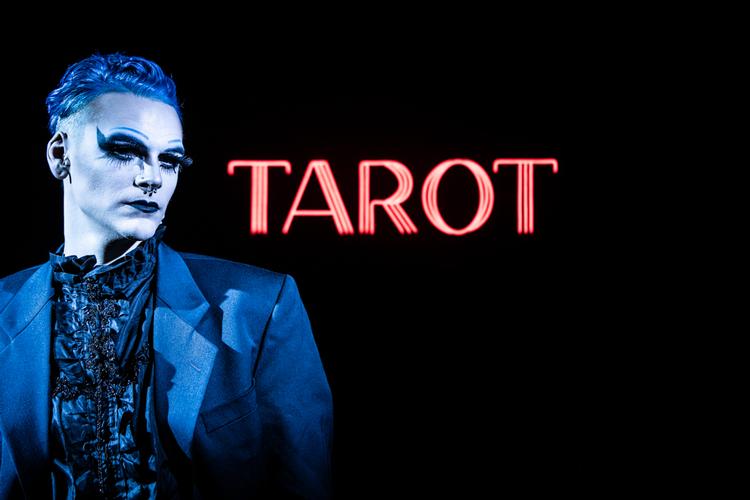 Pick a card, go on, any card. But these cards don’t include Spades, Hearts, Aces or Clubs.  Instead, they comprise Wands, Swords, Pentacles, and Cups. I was pretty much first on the stage (this is an interactive piece) and drawing my card set the tone for the evening, making each show unique and giving a highly personalised feeling and reading to the proceedings.

The production had a certain touch of circus about it, the aerialist spinning in a defying gravity way.  Gender fluid couple Josh Frazer and Tessa Blackman performed acrobatic stunts in such a manner that it quickly became apparent how flexible the human body is.  Add to the equation Ruby Wednesday whose fine compere skills add to the atmosphere and you are in for a treat.

The Feathers of Daedalus are stunning to watch; this is not an easy show that has been thrown together; it is like a pot of magic that has all of the right ingredients; music, location that is perfectly matched to the subject matter; skilled performers and a little bit of mysticism added to spice it up,

My only criticism would be that with a running time of 50 minutes, it just wasn’t long enough!

It runs until 1 February