A powerful play just too good to be missed 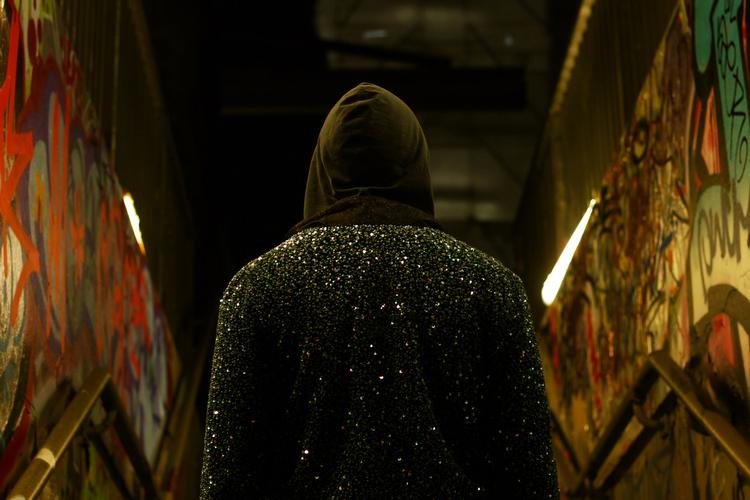 Curtis (James Downie) is hunted by the ghost of his dead older brother and has to go back to the flat where they used to live as children. With the help of some friends Gavin (Josh Dolphin)  and Tommy (Josh Horrocks) which are also members of the far-right party (like Curtis), his ex girlfriend Sarah (Lily Smith), the psychic Nina (Adaline Waby), Alex (Seyan Sarvan) and her gay friend Jez (Joseph Aldous) he will try to have some answers about the death of his brother and why the ghost is hunting him. But he does not know that the answers will come from a couple of street artists, storytellers and squatters Zac (Jaz Hutchins) and Link (Rocio Rodriguez-Inniss) that occupy the flat.

Now, I do not want to spoil the plot that is clarified minute after minute, but it is a story that encompasses love, friendship, bereavement, politics, family, diversity, racism, homosexuality and sense of identity. Lot of stuff, right?

But everything is touched with grace, sometimes fun and elegance (despite the fact that many dialogues are shouted).

All the actors are extremely good. From Curtis, with his vulnerability, to Tommy and his composure, to Alex and her jealousy, to Nina and her extravagance, to Jez and his humour, to Link and Zac – his story about the prince and the kingdom left me speechless for the way he told the story and was able to put his physicality in it.

The set is very intimate, with the audience almost in the performance area, and this is a plus.

The powerful performances make this play complete and perfect. I was not sure about this play because I thought it was more about politics, but I am glad I saw it because it was the best show of the month so far. Don’t miss it and go to see it!