A powerful musical at the Park Theatre 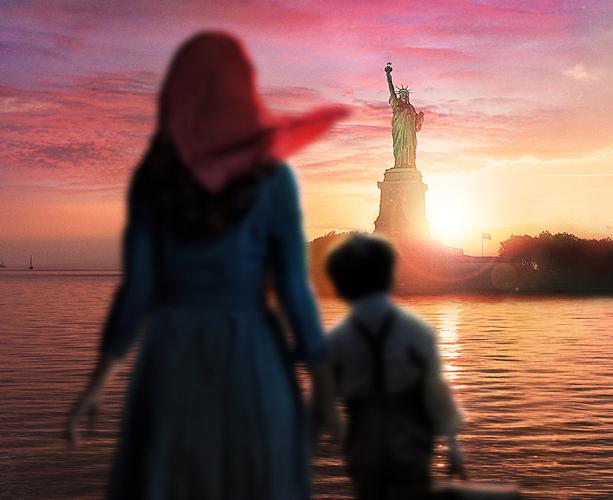 On the intimate little stage within the walls of Park Theatre, a poignant yet endearing tale is being told. Directed by Bronagh Lagan, 'RAGS the musical' embraces the true wonders of theatre, bringing to light the compelling story of some Jewish immigrants attempting to integrate into American society of the 1910s.

With Charles Strouse's enthralling and dynamic score woven in seamlessly, it is a perfect showcase for all performers: from vocal excellence to beautiful orchestration (arranged by Nick Barstow), it provides the ideal package to complement the pattern of deeply truthful events that unfold.

Carolyn Maitland's stunning voice lends faultlessly to the role of Rebecca, providing the rich bouts of the emotional depth required for such a delicate but powerful character. Despite it being his professional stage debut, Samuel Jones adopts the character of David in his tender and playful manner superbly, alongside Alex Gibson-Giorgio's infectious energy regarding his portrayal of Sal, and Martha Kirby's gorgeous interpretation of Bella. As a whole, the entire cast gave flawless performances, each bringing exactly what was needed to their part.

Adorned effectively with cases, the cosy space (designed by Gregor Donnelly) gives an immersive experience, particularly with the musicians blending with the ensemble, and the closeness of the cast to the audience when entering and exiting the stage.

Giving a sense of the optimism, strength and love essential for the devastating circumstances that this saga tells, the show intertwines being heartwarming and heartbreaking, while keeping things genuine. With the current upheavals of life today, it is important to refrain from forgetting the existence of such accounts.

Fragments of narrative that mirror the lost souls of those who sought a new home in America fit to create a divine production, with many threads coming together, both literally and metaphorically. It is such a beautiful piece of theatre, and should not be missed. If you see one off-West End production, make it this one.

It runs until 8 February. Tickets from£ 24 here