What if you wake up one day and everybody around you is a chimpanzee? 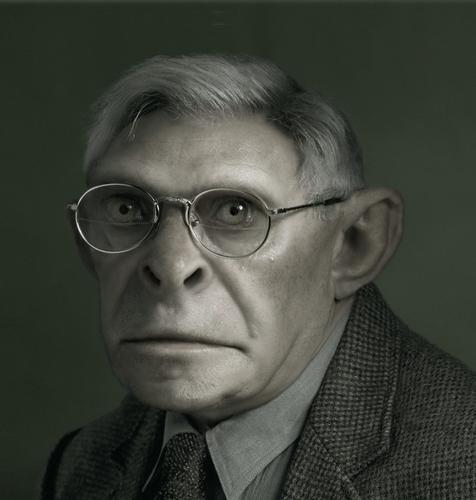 Great Apes is based on a novel of Will Play. It is the surreal story of an famous artist, Simon (Bryan Dick), who one day wakes up and finds out that all the people around him – including his girlfriend – are not human, but have turned into chimpanzee. He is taken (by the apes) to the hospital and treated as mental ill and he comes under the care of a famous psychiatrist, Dr Zack Busner (Ruth Lass).

As I wrote, it is a surreal story, so prepare to see something unusual. The cast (made of 6) is consistently excellent, especially the mentioned Ruth Lass and Bryan Dick.

There are funny dialogues, a puppet and inventive use of lights and music and at times the play is very physical. All the actors have to play as apes, so they have to produce their sounds, scratch, climb and jump. Very demanding roles. But if at the beginning this cause lot of hilarity, then it can become a bit repetitive (and the play is quite long – 140 minutes).

There are some satirical views and enjoyable moments, but the story is sometimes confusing.

I guess this will be a play that many people will love it but will not appeal everybody – and I was one of them.