A crazy weekend for a group of friends 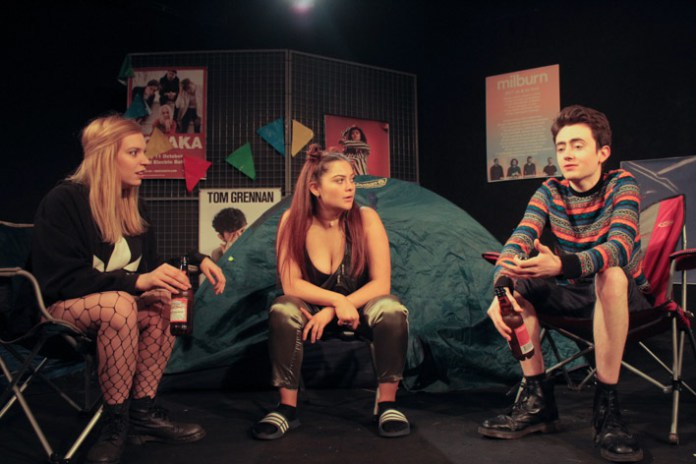 The play is set in one of the many music festivals in the UK where young people gather every year for music, but also for drinks, drugs and sex.

Amber (Maisie Brooker), Hamish (Cameron Fraser), Sam (Eden Stewart) and Bertie (Jordan Clarke) are ready for a weekend of party, when Noah (Conor Delaney) appears. Noah is Amber’s ex boyfriend, who left her without explanation to go to America two years before.

The set is simple but effective, the dialogues are real, honest and funny and all the actors are very good.

The love story between Amber and Noah is a bit predictable, but aren’t most of the love stories at that age?

I am not sure this play really goes into the culture of living the excess as it could have done, but Maisie , who is not just the actress playing Amber but makes her debut as writer with this play, did a good job that maybe need more depth and intensity.