..and the 2019 tour is in aid of Great Ormond Street Hospital 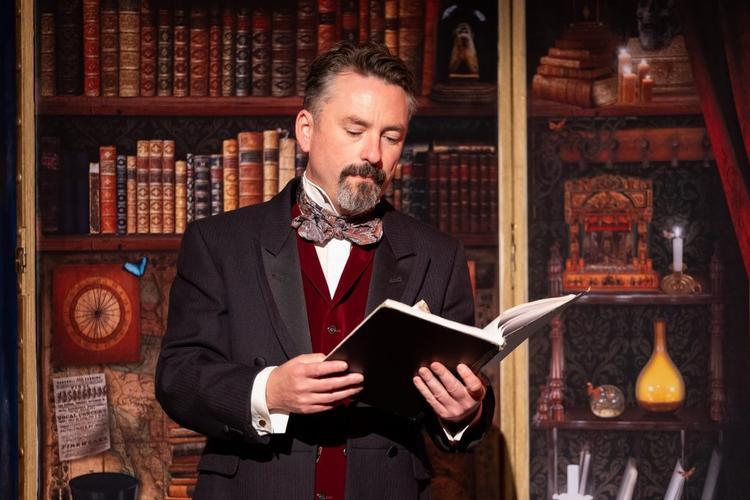 It’s a cold and dark night with more than a touch of frost on the ground, the stage couldn’t be set anymore perfect for this retelling of Charles Dickens A Christmas Carol.

I attended Stantonbury Theatre to witness the Xmas miracle in the form of this one-hander, all characters being played by the multi talented John O’Connor.

O'Connor , from the get-go has the ability to define light and shade in his performance. Given this play is so well known I had reservations that it could become lost in translation; Tiny Tim and the Ghosts Of Past Present & Future could have lost their integrity in the retelling and I am glad that as the original script was told there with an abundance of warmth and humanity that came together with a sense of rapture. The set was simplistic - the drama erupted in the lights and added ambience, the projections on the wall to indicate street scenes, the dull heavy clang of Marley’s chains was executed in the best possible taste.

Running for 90 minutes, I felt that it could have run longer and I would have sat, enthralled in my seat: the added embellishments to the Cratchit Family, the monologues of each ghost being played out in Irish and West Country accents and of course, dear old FizzyWig!

This is a show that cements what yule is all about. Next time I see it (and I would return) I shall take along a mince pie and glass of sherry. A wonderful way to set off the season of goodwill.