Much Ado About Nothing - Review- Wilton's Music Hall 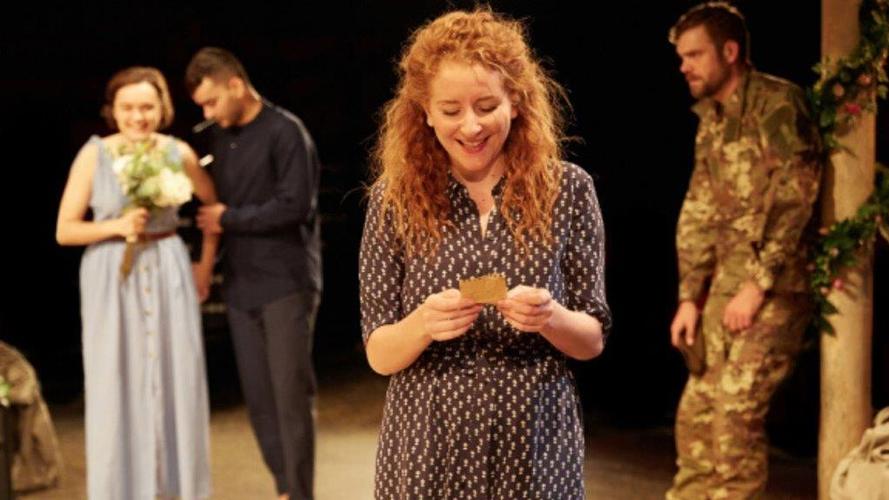 The beauty of staging Much Ado About Nothing, or any Shakespeare play, in Wilton's Music Hall, is due to the historic architecture and its intimate setting compared to most theatres. Microphones are seldom used so the actors really do have to project themselves and honestly the brilliant cast from Shakespeare at the Tobacco Factory (stf) really delivered an incredible performance. I felt every emotion, flinched at every angry outburst and heartily laughed at every insult and joke bounced around the stage.

For many of us, our first experience of romantic comedy would have been with Shakespeare's Much ado about nothing. It combines sharp witty humour with emotional dramatics, tugging on all sorts of heartstrings. The relationship between Benedick and Beatrice is built on a foundation of mockery and pretence, to use a more modern term 'Banter'. They heckle each other mercilessly which hides their true feelings for each other. Very much the old school behaviour of "if he/she is mean to you, it means they like you"

The set had a warm Mediterranean feel with a simple set up with little olive-like trees, and various colourful crates and cushions. The change of scenes was smoothly incorporated into the actor's performance, the setting up of party scenes with bunting and silver fringe tinsel.

Although Much ado about nothing was performed as it was written the performance was modernised with trendy fashion, traditional army uniforms, avenger and Bananaman superhero costumes and the use of mobile phones.  Should you have the opportunity to catch Much Ado About Nothing, grab a brochure. The Brochure isn't your standard who's who, they have included mood boards and drawings of character costumes, set design and the lighting.

Bravo to Geoffrey Lumb (Benedick) and Dorothea Myer-Bennett (Beatrice) who had me rooting for their relationship from the very first insult.

Much Ado About Nothing is at Wiltons Music Hall until the 23rd Nov.