At the dawn of a new century, everything is changing and anything is possible 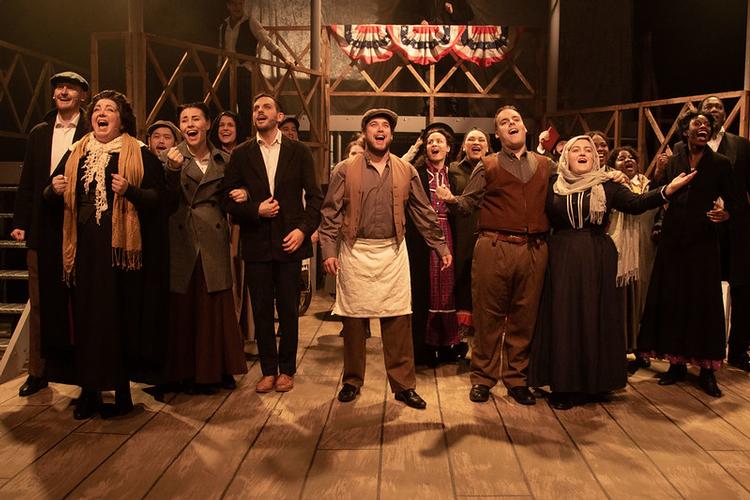 It is always an exciting night going to the Bridewell Theatre to see a production by SEDOS. They have a way of producing excellent shows and getting the most out of their cast. Their current production 'Ragtime the Musical' surpasses their usual high standards and takes the performance into another league.

The musical direction by Ryan Macaulay was phenomenal, creating a beautiful sound of an excellent orchestra mixed with incredible vocals from the cast. The power and sound that this cast produced in their harmonies would rival the big London powerhouse shows of Les Misérables and Phantom of the Opera.

The vast cast was flawless. Chloë Faine as Mother and Rob Archibald as Tateh created superbly rounded characters with stunning vocals. A genuine joy to watch their moments on stage with 'Our Children' being a highlight of the show. Another highlight of the show came in the form of Coalhouse Walker Jr, played by Jonathon Grant. His smooth, soulful voice made his musical numbers stunning and beautiful. His characterisation, through the character journey of Coalhouse, portraying the many different stages of his life, shows how good an actor he is. With such a huge cast, it is impossible to mention everyone. However, there is not a weak link in this production.

This SEDOS production is a marvel and is not just an excellent amateur production. It is genuinely one of the best shows to grace a London stage this year.

It runs until 23 November