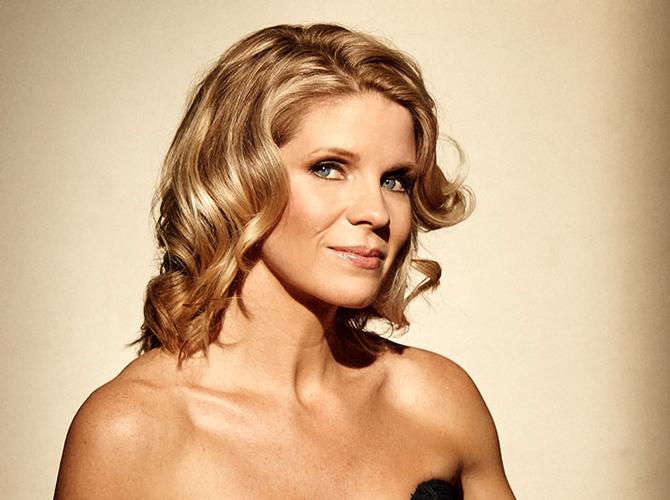 When Kelli O’Hara walked onto the stage to a rapturous applause everyone in the audience could sense they were in for something truly special. And with the first few notes of I Have Dreamed from The King and I, it became evident we were in the presence of a true Broadway legend. The voice filled the room with pure and effortless charm, caressing each note with colour and warmth, and this was just the beginning of an afternoon of musical splendour.

Kelli O’Hara made her West End debut last year when she reprised her Tony Award-winning turn as Anna Leonowens in Rodgers and Hammerstein’s The King and I at the London Palladium. This performance might have introduced her to London audiences but on Broadway she has originated roles in shows like The Bridges of Madison County and The Light in the Piazza and revived classics like The Pajama Game and South Pacific, earning her a multitude of Tony nominations. And, as if that was not enough, she has also starred at the Metropolitan Opera, a feat rare for many Broadway actors.

The set list was partly a trip down memory lane filled with songs and anecdotes from O’Hara’s past shows, but also a journey to her childhood in Oklahoma, sprinkling country music in the mix. Included were also songs that she wished she had been able to perform from the shows she had been in and popular music standards like La Vie En Rose and Smile/Here Comes the Sun. Particular highlights for me were her seductive So in Love by Cole Porter, exploring artists’ eternal struggles to strike a balance between art and home-life with Finishing the Hat by Stephen Sondheim, and a thrilling birthing concert aria They Don’t Let You in the Opera (If You’re a Country Star) by Daniel Lipton.

From this concert, it is evident that Kelli O’Hara is a star at the top of her game, fully in control of her silky voice, and delivering stories through songs and speech with genuine heart. O’Hara was supported by her musical director Daniel Lipton on piano, and a four-piece band that were equally up for the challenge to deliver the wide range of the musical repertoire. She might have goofed that sopranos are not in vogue at the moment but a talent like hers is always timeless, reminding me of the talent of the great late Barbara Cook possessed, bridging gaps effortlessly between popular and art music. Kelli O’Hara might still be a “new” star on the London stage but by the sheer amount of applause and standing ovations yesterday it is clear we have not had enough by far.

Two hours of musical bliss that can only be experienced with a true artiste.