A new twist on the Cinderella fairy tale 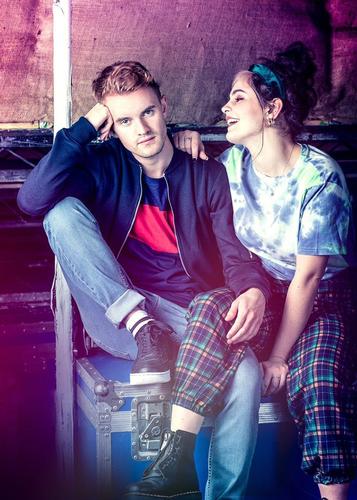 Soho Cinders is a retelling of the Cinderella story with a gay romantic plot, greasy politics, and a lot of seedy but funny jokes.

Robbie (Luke Bayer) a nobody from Soho’s laundrette, is tangled in an “awkward” romantic mess with a London Mayoral candidate James Prince (Lewis Asquith) and his main donor Lord Bellingham (Chris Coleman). Things get out of hand when Robbie brings his new Prada tux to the mayoral fundraiser ball, gifted by the Lord Bellingham, and when the two men realise Robbie being their mutual love interest. Needless to say, drama ensues with the press so Robbie’s ugly stepsisters and the fear of losing his late mum’s laundrette become the least of his problems. But will this Cinderella live happily ever after?

The masters of their craft George Stiles, Anthony Drewe and Elliot Davies prove themselves through their writing, melodious music that keeps the tempo going, sharp lyrics that bring joyful wit to the proceedings and frequent and funny one-liners. Drewe also has donned his voice to narrate the piece, which is a fun little touch, however, the narration slightly holds the action back. Thematically the piece has stood the test of time with a political subplot that could be from today’s papers with collusion, blackmail, and lies: things that never change. And love still being love, something that this show truly celebrates and brings to light. Will Keith’s production is quirky and fun but lacks the emotional depth of the main love story.

Music and the singing ensemble sound great under Sarah Morrison’s baton, as she wrings every flavour out of her band of four and the talented cast. The set design by Justin Williams and lighting design by Jack Weir leave much to desire for and mostly brings G-A-Y Bar to mind than the lively and colourful Old Compton Street.

Even though the show revolves around a male love story, the women really take us to the ball. Showstoppers, Natalie Harman and Michaela Stern, as the ugly stepsisters, are grotesque and hilarious, displaying great vocal agility and giving Gemma Collins a run for her money. Millie O’Connell as Robbie’s best friend grounds the fantastical story with her warmth and Luke Bayer sings the material well. Equal applauding is deserved by the young company that dance and sing up a storm.

It runs until 21 December.