A poignant and darkly funny play by Sarah Rutherford 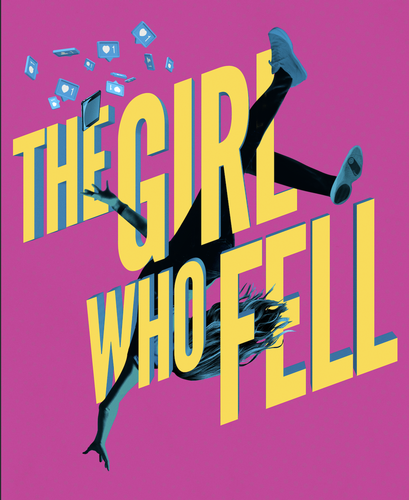 With the effects of social media on young people so much in the limelight, this play shines a light on how things can go so wrong and how three people closet to one girl should have seen the signs, but didn’t.

Sam has died – a life stolen – but was it her decision? Did she commit suicide or did she fall?

This play unravels beautifully exposing everyone’s inner most feelings which at the beginning are so guarded.

‘The Girl Who Fell', directed by Hannah Price, is about grief, guilt, childhood innocence, love, pain, agony, truth and facing the truth and with all those ingredients you get a poignant and quite moving performance.

There are only four characters in the play and they each knew Sam in a different way. There’s her mother Thea (Claire Goose), who somehow is the one being investigated by the police over Sam’s death, her boyfriend Lenny (Will Fletcher), her best friend Billie who is Lenny’s twin sister (Rosie Day) and the stranger she never met Gil (Navin Chowdhry).

A mother’s grief will always be heartfelt and tragic, but out of the four, it’s actually the stranger Gil who has fallen apart the most. You see when Sam fell or jumped she landed on Gil’s car and tortured by the whole incident he sets out to befriend her mother and then finally admits who he is.

Despite it being such a small yet intimate set at the Trafalgar Studios in Central London, sassy Billie still manages to use as much of the space as she can, zipping around it thanks to a small wheel attachment strapped to one of her glitterly plimsoles.

Scene changes are quite interactive amongst the cast and unique and at various points, you see parts of the set being removed, bit by bit. It’s as if when something is taken away you then see another layer to one of the characters and you learn more about what they knew or didn’t know about Sam’s death and even her life.

Despite the dark subject matter, you might be surprised to hear that somehow there are some really funny moments in this play. The humour comes from the twins mainly, they bring bags of childhood innocence to the stage, their playfulness is endearing and realistic and a true reflection of how young kids are.

You can forgive the fact that this a straight 90-minute show with no interval because it draws you in in a way where you lose the concept of time. There’s something subtly gripping about it.

The only real criticism would be that the end seemed to happen quite abruptly leaving you with the same questions that you might have started with at the beginning. But that might also have been an intentional ploy.