How far is too far for the perfect cure? 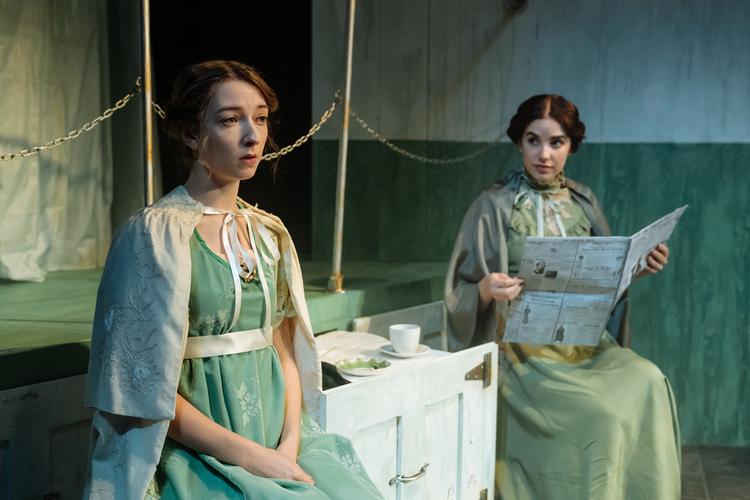 Kate Barton's original script is a short and sharp thriller. In the relatively short 1hr and 20minutes we watch what could have happened to the patients of the controversial 'doctor' Linda Burfield Hazzard.

Having moved from sold-out runs at the Edinburgh Fringe and being shortlisted for Best New Play Award 2018 by New Writing South, an audience won't have to dig far to see the relevance of this play to modern day. It parallels the latest popular dietary methods posted about constantly online, and it questions their necessity and effectiveness on a life and death scale.

As we watch Dr. Linda Hazzard administer her treatments to the Williamson sisters, we move through incredulity to unease, and then on to disbelief.

The small cast of four work well together and are clearly well-rehearsed. The sisterly bond between Natasha Cowley, who plays Dora Williamson, and Jordon Stevens, who plays Claire, is very effective. We can see their relationship from the beginning, and this sympathy garnered for the audience by these two very different characters sets up nicely for the thrilling ride that the play has in store.

While 'Fast' did feel like it dragged at some points, the clever use of a projector screen and off-stage narration works hard to bring the audience back. It does well to set the time period, reiterate important points, and bring any wandering viewers back to the stage.

Overall, the play is a stock standard thriller. A quick glimpse into the life and controversy surrounding Linda Hazzard; one that raises more questions than it answers, and certainly takes anyone watching it on a ride.

It runs until 9 November