The House of Yes - Review - The Hope Theatre

What happens if you grow up in a house of only "yes"? 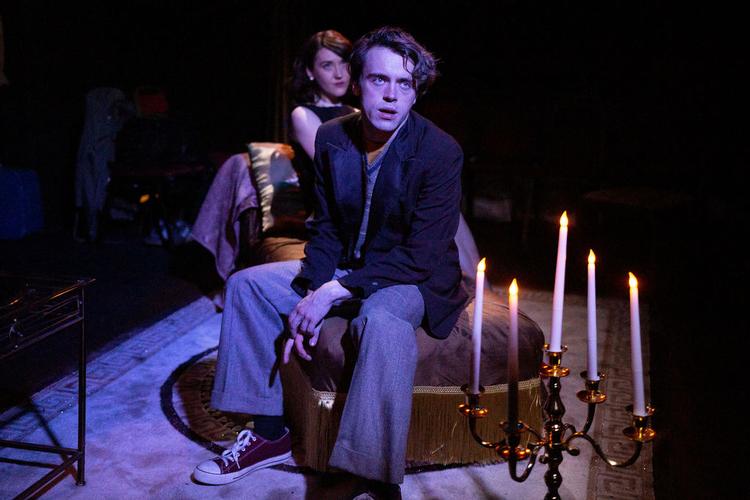 The house of Yes is a dysfunctional play about a stormy Thanksgiving family reunion: the weird mother (Gill King), the dumb son Antony (Bart Lambert), the other son Marty (Fergus Leathem), and, finally, Jackie-O (Colette Eaton) the mentally troubled daughter, recently released from a psychiatric institution, who hides her sadness beneath the sarcasm. An explosive mix.
Marty, Jaqueline's twin brother, who lives in New York, introduces his new girlfriend Lesly (Kaya Bucholc) to his family, who lives in Washington DC.
The house hides a couple of secrets, but you will have to find the rest by yourself.


The play consist mostly of dialogue. Biting, stylised, golden dialogue. The humour is fast and in your face. It is a pleasure to see the characters interact, under the tight direction of Matthew Parker, and it is impossible not to be sucked into the weird family's life.
The scenes change fast – the lights are well designed by Lucia Sanchez-Roldan and help in the transitions.
We never leave the house, and the set, designed by Rachael Ryan becomes claustrophobic, but in a good way. We are exactly like Marty and Leslie: we would like to leave, but we are trapped in the house, waiting to see what's next. We are spying on them and we are intrigued.
The entire cast gives a knockout performance – in particular, Bart Lambert and Colette Eaton.

I am glad that the Hope Theatre has brought back a revival of The House of Yes, and I hope that many people – like me – will discover this play.

Because yes, it is dark, twisted, hysterical and eccentric. But it is also scabrously funny.

It runs until 26 October.