A comic absurdist interpretation of mental health based on personal experience 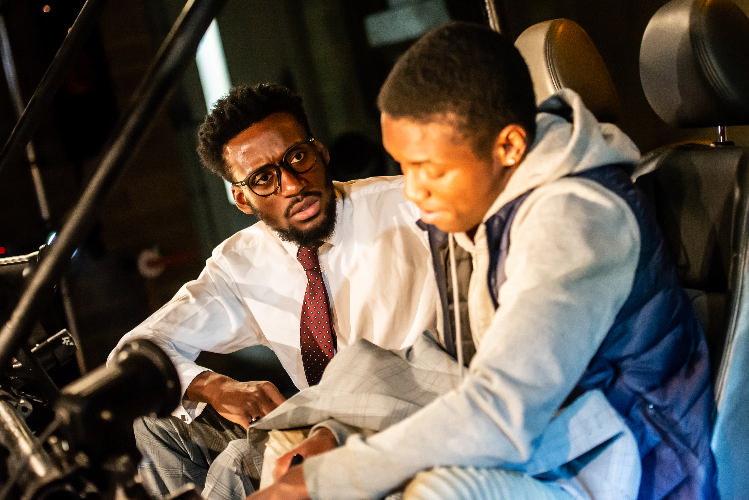 John Lennon famously said that paranoia is just a heightened state of awareness. At first glance Ruth (Claire Marie Hall) seems to be suffering from a bad case of the blues.  Living with just her cat, Bartholomew (Richard Henderson) (who displays very human like characteristics) for company, she feels she is quite literally being bitten to death by an infestation of bugs.  But are they in her head or something more tangible?

Feeling cut off from her life and the world, she welcomes new friend Ken, the Pest Controller (very ably played by George Howard) despite Bartholomew purring in discontent at the situation.  After all, it has only been the lady and the cat for such a long while, why upset the cart?  Regardless of the fact that Ken considers he is in fact Ruth's departed husband. More importantly, can he persuade Ruth to see that he is, or is he just struggling with the pretence?

It sounds so hyperbolic that it is almost fantastical.  But that's where the beauty of this piece lies. James Mannion turns his hand well to this psychological masterpiece. It is a ruthless assault on the senses but beautifully interwoven for this three hander.  A salient point to note is that this is based on personal experience within the mental health arena and it explores recurring themes; when emotional health descends into mental turmoil, the very questioning of everything familiar becomes deeply ingrained into your very being and you begin to question every little action.

Furthermore, the manipulation that Mannion manages to highlight is nothing short of sublime. In any relationship, whether it is romantic or not, there has to be the element of respect. In Mites, the lack of respect is highlighted, showing how gas lighting, disappearing, and constant lying can in turn mirror the helplessness that is felt, which leads to paranoia, trust issues and a downward trajectory.

The strength of this show lies in the opening up of firm discussions regarding mental health which until, certainly of late, have tended to be constrained.  Mites is a piece of theatre that needs to be seen by everyone, if only to be able to recognise the very fine line between overthinking a matter and when mental health starts to deteriorate at a very great speed.