Velvet - Review - Above The Stag Theatre

Life is made up of an infinite amount of choices. Some are good, some others.. 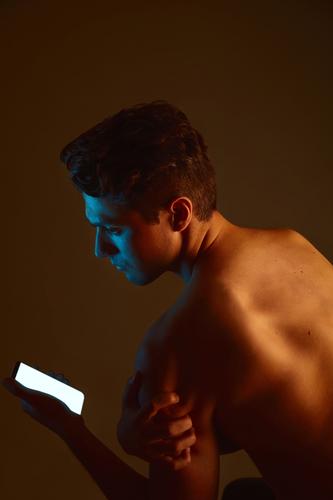 When we talk about sexual harassment or exploitation, we usually think that they are experienced by women. But that is not completely true.

In Velvet, directed by Andrew Twyman, Tom Ratcliffe – who is also the playwright – is a young actor who has to take difficult decisions to progress in his career, which he is obsessed with. He is desperate to be famous, and he is probably aware that every decision brings consequences. Still, he is unable to do the right thing. He goes on Grindr – a dating app for gay men – to promote his show, and things start to go in the wrong direction.

The set, designed by Luke W. Robson, includes a screen where we can see the WhatsApp texts that Tom sends to the mysterious Damien, a guy that Tom has met on Grindr (but who is really Damien?). The screen is a very captivating choice: who can resist reading WhatsApp messages on a screen?

Tom plays different characters, including his mother, his agent and his boyfriend, Matthew. He goes from character to character in a very natural way.

The showbiz industry is not an easy one. As an audience, we see the smiles and the glitter, but the truth is that young actors are very vulnerable, for different reasons. Velvet explores the reality of harassment and exploitation, and I am sure there are many elements coming from Ratcliff's real life.  And this is probably why, the show is sincere, emotional and human. It raises uncomfortable questions, from a new perspective that needed to be explored.

It runs until 27 October.