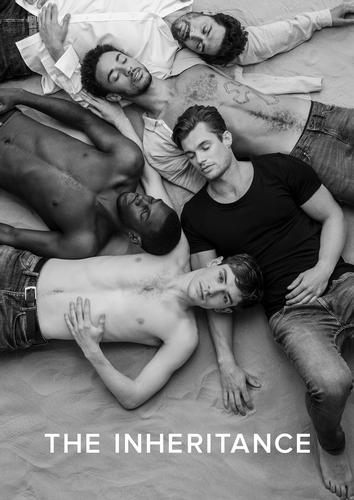 The inheritance is one of the most anticipated plays of the year. So the expectations are quite high. And they were not disappointed.

It is a choral play about a group of guys in New York that focuses on the relationship between the egocentric Toby (Andrew Burnap), a play writer who dreams Hollywood and his boyfriend Eric (Kyle Soller). They are about to get married, when Adam (Samuel Levine) comes into their life and Toby offers him the part of the main actor in his new play. Life then takes Toby and Eric far apart and not just physically. Eric finds company in an older friend, Walter (Paul Hilton) but then he dies of HIV, after spending his life assisting terminal friends. So, Eric gets over the breaking up of his 7 year old relationship with Toby, becoming friend of Henry (John Benjamin Hickey), Walter’s long time partner.

The set of the play is just a stage that does not change. There is minimal use of light and music.

Just the actors and nothing else. But this keeps the focus on the story and the superb acting.

Everybody is doing a great job here and all the numerous actors are always around the stage, watching what happens and I thought that was a good choice of the director (Stephen Daldry) . I was particularly impressed by Andrew Burnap and his narcissistic character and, of course, John Benjamin Hickey.

The Inheritance tells a story that may not be new, but it tells it beautifully, mixing funny moments (lots of them) with poignant ones, especially towards the end.

Perhaps it tries to tell us too much: the meaning of being gay (there is a part in the second act where all the actors are around the stage and talk about what does it mean being gay today: being community vs being Grindr users: it was not exactly related to the story but enjoyable), the exploration of sex and love, the value of friendship, the age gaps, the reflection about HIV seen from different perspectives, the idea of art saving us and teaching us the way and much more.