"Everything is in order" 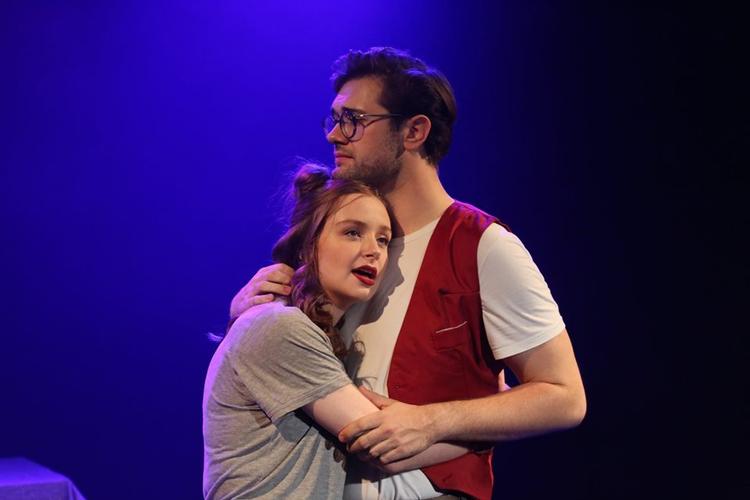 The world has changed: there is no music or art anymore. The Government, called "The Regulators", believe that industries and businesses are the only mechanisms required to prosper as a civilisation. Stefan (Jack Donald) has been arrested for playing the guitar. He will join Aurora (Kelsey Walsh) and Clarice (Shaylyn Gibson), who lead the revolution against "The Regulators" and its leader (Aneurin Pascoe),  to give to the world new hope.

When Winston Churchill was urged to cut investment in the Arts during WWll to help pay for the war effort, he responded, "Then what would we be fighting for?"

Surely, the fight for a world where people are free to express who they are through art and music is not new to cinema and theatre. And, ultimately, Dawn of Silence does not tell anything that has not been said before.

Still, there is much to enjoy: the performance of the cast – and in particular the one of Kelsey Walsh, who is beautiful and charismatic; the lights of Perttu Lahdesmaki, that become multi-coloured when the music starts to spread its beneficial effects, and, most of all, the music by Lyndon Samuel. He is a talented composer, and for me, his strength is in the ballads: he can create stunning songs that fit perfectly in the narration: simple melodies that are at the same time deeply emotional. Songs like the duet "Silver lighting", "What's a man do" and "For the first time", are just beautiful.

Dawn of silence is a work in progress and the story has not been fully developed, but it is a production which shows potential and a positive willingness to create new work on a universal story.

Because, as long as there is music, there is hope.