A heart-warming show about the life of David Tomlinson 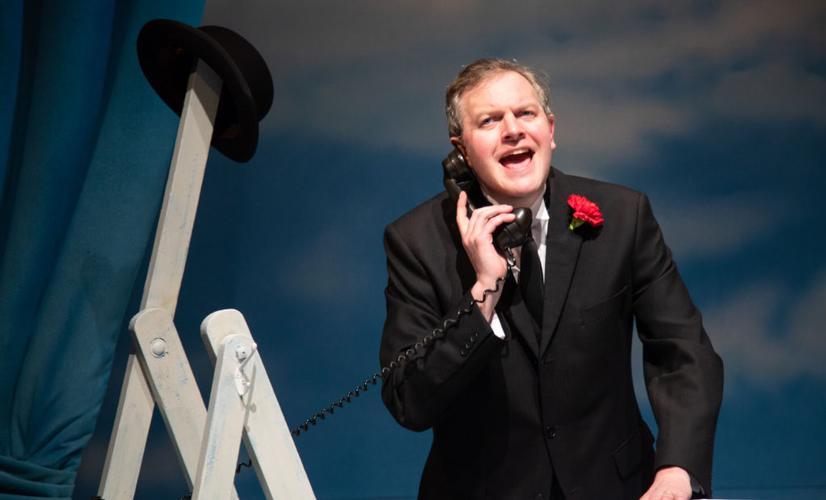 I must admit, I'm typically dubious about the idea of a solo show, particularly with no singing or dancing to fall back on. With this one, I couldn't possibly be more wrong.

The Life I Lead, directed by Selina Cadell and Didi Hopkins, depicts the thoroughly intriguing life story of David Tomlinson, more commonly known as Mr Banks. Titled after the song from the acclaimed magical movie, Mary Poppins, that has been littered through childhoods for generations, this show explores how this momentous casting opportunity came about and beyond. From bigamy to bravery, it provides a true insight into a number of significant events in Tomlinson's life, including his father's double life, working in the RAF through the Second World War, dinner with Disney and his son William being diagnosed with autism.

A stripped back stage is adorned with minimal props, drawing full attention to Miles Jupp: nobody besides Tomlinson himself could've put on a more perfectly cast performance. The simplicity of the set up creates the ideal environment for building an endearing connection between Tomlinson's life story and the audience, allowing the narrative to be told as if it were a conversation between two old friends.

With a ridiculously funny script written by James Kettle, Miles Jupp really comes into his own through the character, immaculately delivering a hilarious performance amid such a turbulent tale, truly paying homage to Tomlinson, and presenting the same spirit he would've done if he were still with us today.

Charmingly told, the remarkable story of many layers encompasses the ideal balance between tragedy and tribulation, which is accentuated with the assistance of warm and cold lighting (designed by Matthew Eagland). This juxtaposition shines light upon those heartwarming family moments, similar to those we associate with the beloved Mary Poppins, alongside those jaw-dropping times in which one should really close their mouth, you're not a cod fish.

This fascinating story surrounding a treasured childhood icon will drive you through all the emotions and leave you seeing David Tomlinson as the legend he was, while feeling the joy of this quintessentially British show.

It runs until 21 September.