Ingmar Bergam's masterpiece is at The Old Vic 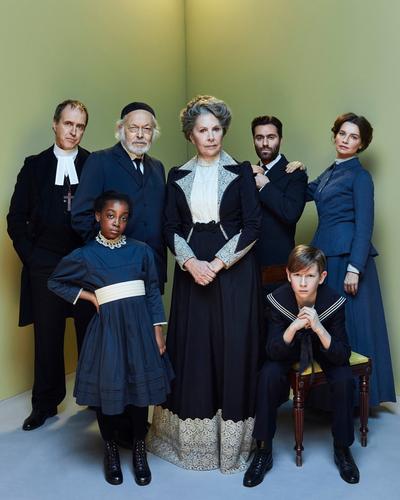 The life of Fanny (Molly Shenker) and Alexander (Jack Falk) is devastated by the sudden and tragic loss of their father. The family run their own theatre company in Sweden (we are in the early 1900s), and after her husband’s death , Emilie gives away the company (that she never really loved as she always wanted something else in life) and after one year she remarries the Bishop. But the marriage becomes a nightmare as the Bishop is a abuser who does not tolerate that Alexander uses his fantasy to create stories and anything that goes outside the rules and the austerity of the house. So, when Emilie becomes pregnant, the three of them will have to find a way to escape this second life that has become a prison.

As you probably know, Fanny and Alexander is considered the masterpiece of the filmmaker Ingmar Bergam. I never saw the movie – mea culpa - but the play is not difficult to follow. The stage is well designed with a great use of space and light. The story develops quite slowly and if you are a lover of fast paced theatre, this play is not for you.

The first act is used mostly to introduce the family and all the characters (many) around them and not much happens – until the father’s death.

Then from the second act the play becomes quite dark but still mixed with comedy and I felt that this mix did not quite work for me as some comic moments appeared a bit caricatural. Also, some performances (starting from the children) were not particularly brilliant.

When Alexander comes into the stage at the beginning of the show he addresses the audience saying :”this will be the longest play that you will ever see”. It was not the longest, but in some points it felt like.