A romantic triangle spins out of control 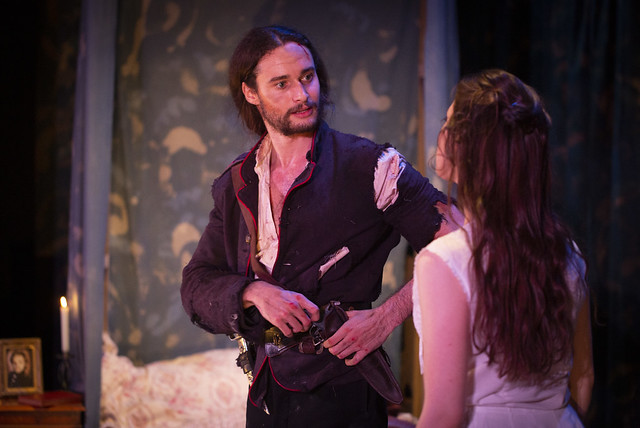 Whenever there is an opportunity to attend a SEDOS production, grab the bull by the horns. It is an easy way to ensure a great and enjoyable theatre trip to London without breaking the bank. Their latest play is no exception.

Arms and the Man is a comedy by George Bernard Shaw. First produced in 1894, the comedy could have lost its impact throughout the years. SEDOS have found a way to pull that comedy through, creating a funny production.

The principal founder of that comedy fell in the lap of Raina, performed by Sophie Platts-Martin. The characterisation created by her was impeccable, and her comic timing is second to none. The sly sideward looks, the use of a glance across the stage, the storming around the stage in a 'strop', all helped to bring out an astounding performance.

Some aspects could have been massively improved, from some actors not performing to the high standards of Raina and Bluntschli, but that could be somewhat attributed to nerves.

One thing that should get a mention was the set. It is a rare thing for a set designer to be recognised in a review. The set was incredibly clever. The first scene change from the bedroom to the garden was particularly impressive, with the set seemingly merging to create an entirely different location. This sort of thing might be something you would expect to see in a London show, but it is worth remembering that SEDOS is an Amateur Dramatics society.

Overall, SEDOS have done again what they are known for: creating a fantastic evening of theatre. With some tweaks and fewer nerves, this production could be outstanding.

It runs until 21 September