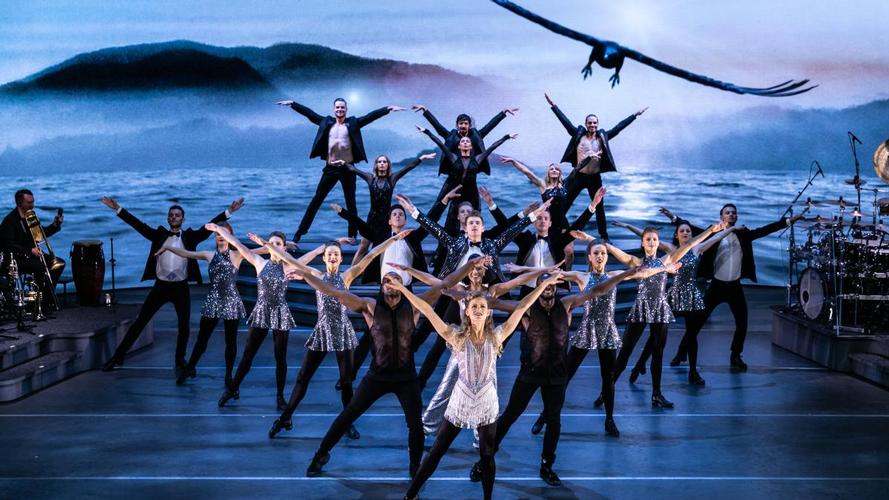 "Come and see those dancing feet" is famously the tagline of 42nd Street The Musical, yet it really should be the tagline of Heartbeat of Home, which opened to rapturous applause tonight at the Piccadilly Theatre. And as the dance craze is about to hit the UK again with Strictly Come Dancing starting yet another season, the producers of Riverdance march these dancing women and men on stage, proving there is nothing quite as intoxicating than Irish dance.

Heartbeat of Home is a spinoff show of its legendary big brother, Riverdance, that took 300 million people around the world by storm during the interval of 1994 Eurovision Singing Contest in Ireland. This production returning to London for another season took me back to my childhood when I first saw the original in a big arena setting with my gran. And like its big brother, here in a more intimate setting, you will leave the theatre wanting to join the troupe singing and dancing to its infectious beat.

Yes, beat, the show is all about rhythm and beat with or without a band. We are taken on a journey from the Irish shores around the world and introduced to a cavalcade of styles of dance: tap, flamenco, hip-hop, waltz, latin, afro-cuban, and contemporary dance. Initially performed as solos but as we arrive to New York City, the American melting pot, the styles quickly come together, proving if integration was only about dance, the world would certainly be much more joyous and harmonious.

The show also has some real highlights, in particular, the opening montage where we see flashes of individual feet beating the rhythm or the scene titled "Tempest" where the dancers solely make the music with their feet, hands and voices, echoing rain and thunder to a great effect. Equally, we are taken up to the skies when the male ensemble recreate the famous Lunch atop a Skyscraper - photograph and giving us vertigo. This is also where the projection backdrop really takes flight and becomes more than just a backdrop. A Vegas-style finale also guarantees that even most hard to please will be jumping up to their feet at the end.

Heartbeat of Home is not only about its spectacular dancers, but what is dance without music? On stage, we have a multitalented band of six and a vocalist. Lauren Azania sings beautifully throughout the show and each band member gets a moment on stage to become a character in the proceedings. Mark Alfred, the musical director, has a hilarious and thrilling duel playing his drum whilst the dance captain Bobby Hodges taps away, but with equal measure, he also conducts the audience to take part in the beat.

It really is a company of performers with a capital C, having a great time together on the stage of Piccadilly Theatre and we feel it. Bryan Byrne's score is rousing both emotionally and visually, creating a cocktail of joyous entertainment and spine-tingling moments together with the dancing. There might have been one moment when the dancers weren't in a perfect triangle shape but the way they fly through the stage effortlessly into various formations, making this look so easy, you forget all that and just beam all the way through. I am no choreographer, but you can't fault this. Pure entertainment!

P.S. Few weeks ago American tv-presenter Lara Spencer caused a commotion in the dance world by laughing at Prince George taking a ballet class. Since then several choreographers and male dancers have posted their experiences on social media and even arranged a dance class at Times Square to protest against the old sexist stereotype that dance is something for girls. Watching tonight's show it is clear that dance is for everyone, regardless of gender, and its true strength comes from its diversity of styles and performers.