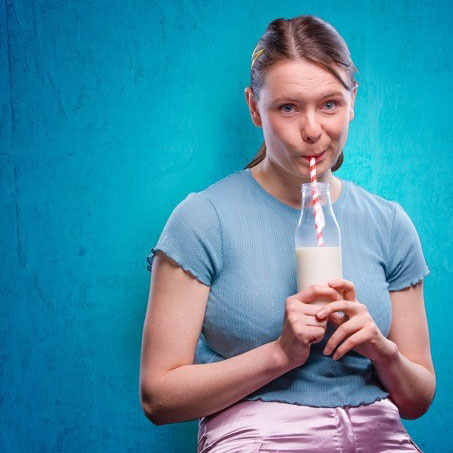 Chloe Moss is an exciting writer and it was a pleasure to see How Love Is Spelt return to London for a run at the Southwark Playhouse. The play involves a series of duologues and centres around Peta who has moved to London to escape her past. However, the constant reminder of what she’s left behind sits proudly in a picture frame beside her sofa-bed, and in the final scene she can no longer continue running.

It not only explores the loneliness of being young in a new city, but the necessity of building an identifiable image and the struggles of doing so; particularly when you are trying to bury your demons.  Moss plays with the ever-prevalent battle raging within us all - how to be seen, and how not to be seen. Who you do not want to be and who you are. Joe, Steven and Chantelle emanate such ideas around image, worrying about how they come across when they open up and reveal their true selves to Peta.  Joe nervously laughs as he states he sounds like “a right puff”. Steven worries he sounds “like a tosser” and “some lonely fucked-up emotional mess”. Chantelle admits she sounds “like a bitch”. Peta acts as a mirror the people she meets viewing their frailties in her presence. Peta reinvents herself persistently she tells people she’s a fashion student, a librarian, working in advertising and more. She borrows phrases from the people she meets. In searching for herself, Peta builds personas; drifting ever further from the truth.

The writing, in this way, is undoubtedly clever, and the actors do justice to Moss’ words by clearly delivering the dialogue in a way that allows the audience to stop and think, but without letting the pace slip. Nor does director Charlotte Peters allow too many pauses in a play that is all about balance. Balance between the comedic and the sad, the ridiculous and the intensely real.  The actors truly brought Moss’ vision to life. I was particularly impressed with Benjamin O’Mahony’s Joe; his sense of pace was excellently committed.  O’Mahony accomplished this whilst still ensuring the audience could hear every word of the ridiculous, and hilarious, things that would come out of Joe’s mouth. Larner Wallace-Taylor’s Peta’s clipped speech and slower, more considered behaviour contrasted Joe’s energy nicely.  Peters’ direction of how the characters moved in the space was also fantastic here; I particularly enjoyed how Peta would toy with moving closer to Joe, and then quickly shuffle back to her chair before cautiously moving to the ‘bed’ once more.

The chemistry between all the characters was palpable, however Yana Penrose and Wallace-Taylor certainly warmed into their scene together; the ending being far stronger than the start of their exchange. Michelle Collins’ Marion was endearing, although occasionally bordered on panto when she would glance out to the audience upon delivering her funnier lines. Nigel Boyle’s northern accent was varied and unconvincing, however his scene was powerful and brought a sudden sense of seriousness which left the audience with much to consider once the lights went down; Collin and Peta’s relationship flagging up some serious concerns. We were left to wonder if everything truly was going to be alright for these characters.

Georgia De Gray has designed the space to be relatively small; the audience thus gaining a sense of the pokiness of the bedsit Peta hides in. The choice of having a thrust stage also developed a sense of intimacy; the audience not merely distant observers. Moreover, De Gray’s set still provided enough room for characters to move creatively.  Joe’s forward roll onto the bed an expert example of playing with the space and adding physical comedy into what is a truly funny exchange between him and Peta.

Rory Beaton’s lighting was excellent; particularly in the scene between Steven and Peta. The illusion of moonlight coming through the skylight lit Duncan Moore’s face enough so you could see his portrayal of Steven’s physical discomfort. It also created a sense of emptiness once he had snuck-out; Peta being left alone in the dark, which she hates so much. Moreover, although the brief aquarium scene was not my favourite addition, the lighting and sound here were very well done.

How Love Is Spelt runs at the Southwark Playhouse until the 28  September 2019; it is well worth the watch if you are looking for an evening of thoughtful entertainment.