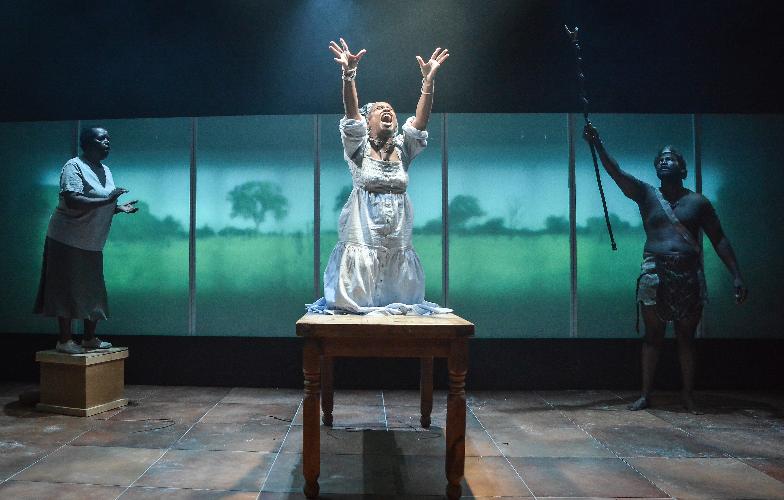 Jack McNamara’s The Fishermen is the powerful adaption for the stage by Gbolahan Obisesan of Chicgozie Obioma’s novel and carries the author’s dramatic intensity and humour to Trafalgar Studios.

Obisesan’s adaptation of The Fishermen tells the emotional story of two brothers — Ben (David Alade) and Obembe (Valentine Olukoga) — in rural Nigeria as they meet again for the first time after a childhood tragedy that separated them.

Under McNamara’s direction, Alade and Olukoga deftly portray characters from their childhood as they recall the happy, tragic and often hilarious stories of their younger years and replay the events that led them to be separated.

Obisesan’s adaptation of the novel and his decision to sum up the story to the encounter of these two brothers feels confusing at first since most characters are portrayed as impressions from the two brothers but as the play progresses the narrative keeps gaining clarity and intensity until every character becomes clearly identified.

While Trafalgar Studios confined space feels at times too small and seems to burst under the energy of these bigger-than-life characters, the talent of Alade and Olukoga, their ability to switch in a split second from comedy to Greek-like tragedy gives The Fishermen a vibrant energy that McNamara’s direction and scenography complements with striking beauty to leave the spectator with feeling that love and hope can transcend the tragedies of life.