The summer is not gone yet.. 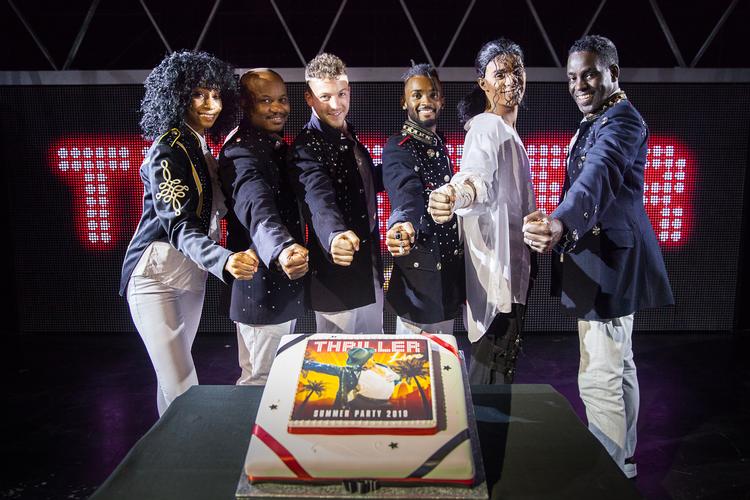 Michael Jackson made a name for himself with all the hard work and dedication, and his immortal music legacy. Also known as the King of Pop, Michael was born in a working-class African-American on August 29, 1958.

We commemorated the 61st birth anniversary of the singer and dancer, but also the success of the show that celebrates his legacy, with a Thriller Live! Summer Party 2019.

The show is now in its 11th year and it is the 13th longest running musical of all time (soon to be the 12th).

It is not easy to explain the energy that the cast gives to the audience. David Julien, Wayne Anthony Cole, Vivienne Ekwulugo and Florivaldo Mossi (with Triple Cats as the young Michael) were joined by Joey James, who finished fourth in X Factor 2014 and then signed a deal with Epic Records.

The vocal harmonies are so perfect, that if you close your eyes, it is easy to forget that is not Michael, who is singing. The talented dancers and the dazzling choreography are a joy to watch.

At the end of the show, the party continued with drinks, food and – of course – music and laughs at Planet Hollywood. Audience members were given the chance to buy tickets to mingle with the cast and creative team and dance the night away.

We have lost many soul artists in the last few years, gone too soon: Whitney, Prince, Gerald Levert, Teddy Pendergrass, James Ingram, the king Luther Vandross, Natalie Cole and others. We miss all of them, as we miss Michael.

But we are lucky enough to have, in the West End, a show that celebrates his work through amazing vocals, a slick choreography, the best dance crew of the West End, and, of course, his eternal music.