No Limits - Review - The Hen and Chickens Theatre 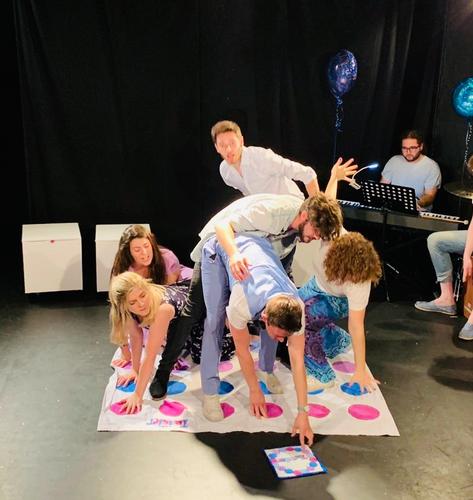 Life is not easy when you are in your twenties and you are trying to find who you are and what you want to do with your life. And in big cities like London, that can be even more complicated. It is a city that never stops, and as “Scenic route”, the first song of this show, says - “Seems like everybody’s getting married / having babies / getting promoted / moving elsewhere”.

It is easy to be overwhelmed by life itself, to have fears and anxieties about the future: but No limits is more about understanding and overcoming them.

No limits is a musical theatre song cycle by Sam Thomas. The cast – Emily Carter, Aaron Jenson, Megan Jobling, David Gibbons, Timothy Roberts and Keisha Mowchenko – sing about feelings and situations that everyone has experienced.

There is the song about two guys who meet and have a one night stand; one of them has some regrets because he would have liked something more (Ballad of a one night stand); there is the (powerful) song of the girl who was abandoned by her mother and needs to find the strength in herself (Every girl needs a mother); the song of the girl who leaves everything to go to “the City” because her dream is to be on a stage (Another thing coming); the song about the girl who is cat-fishing her neighbour because “he is a ten and I am a four” (Confessions of a Catfish), the song about the couple who finds that their love is gone: what to do when you realize that your partner is not the right one? (Call Time); and the song of the couple that tries instead to fight for their love (Everything you’ll ever need); until the final beautiful No Limits comes in - a hymn to spread your wings and fly; to believe in yourself and look to your future.

Sam Thomas, who wrote the songs, Sam Wells, MD and Jordan Scott Turner, Director, have created twelve sincere songs, that, despite not being connected, talk honestly about our lives, our doubts, our weaknesses, and courage. With a beautiful message: trust yourself and go for your goals.

Go to see this little gem. It will put a smile on your face.

It runs until Sunday 25 August