Only 2 stars for this poorly staged play at the Barbican 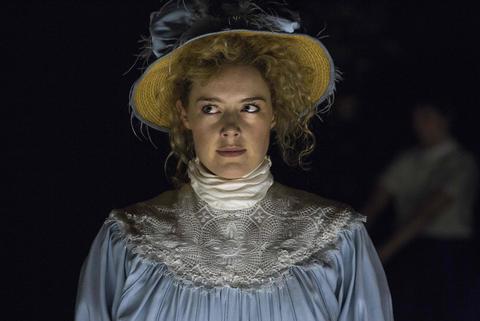 Picnic at Hanging rock is a famous mystery/drama movie (1975) about the disappearance during a school picnic of some girls.I did not see the movie so I did not know much about the story and can’t compare this play to the original film.

All I can say about this disappointing play, is that it is not a show I was expected to see at the Barbican.

It is supposed to be creepy, but is involuntary funny. The play is all around these 5 actresses dressed as school girls and reciting the script (I felt like if they were reading a book rather than acting), personifying also male characters like an Englishman and a policeman which made it even more confusing. So, not just the play was hard to follow but also colorless and tedious. The setup of the stage changed minimally and it did not help to keep the interest up.

The good thing is that lasted only 80 minutes.