A new perspective on death, by Death. 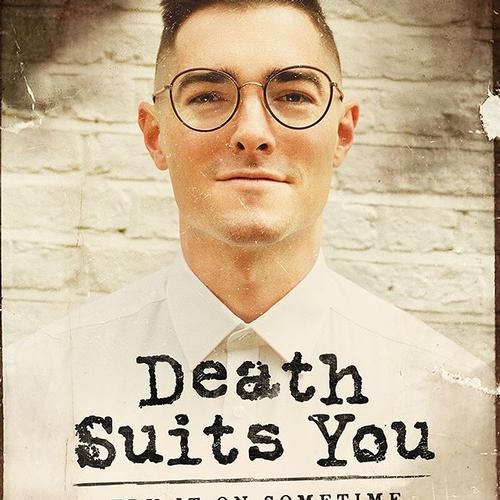 What would happen if you could talk to Death? What if you could look Death in the eyes and have a conversation with him. What would you say to him? More importantly, what would he say to you? According to Sam Hooper's new production, Death would let you know that he is feeling under-appreciated in his job.

Death Suits You is a light-hearted look about how Death prepares aspects through your life to lead you to the point where you meet your maker. This delightfully dark comedy pokes fun at all aspects of death and attempts to show how intricate the workings of Death personified are in creating the perfect moment of death for each of his clients (and yet no one gives him the recognition).

This one-act production has some exceptional comedic 'scenes'. Fictional Stories intertwined with incredibly witty anecdotes leads this performance to a level that exceeds expectations. Sam Hooper as Death himself is outstanding. Characterising Death, as a man proud of his work achievements yet annoyed at how underappreciated he is, is a hilarious revelation.

So many aspects of Death Suits You scream out for star status, but unfortunately, other aspects pull the production down. While impressive and visually beautiful, the dance sections seemed to detract from the performance and slow the pace down. These moments of dance also seemed to happen during the parts of song and rap. It just seemed like they were put there to lengthen the evening's entertainment.

If this piece had been a performance purely of stories and anecdotes, the show would be a huge hit. It just seems a shame that these small interruptions have let the entire piece down.

It runs until 25 August.