“Lord, what fools these mortals be!" 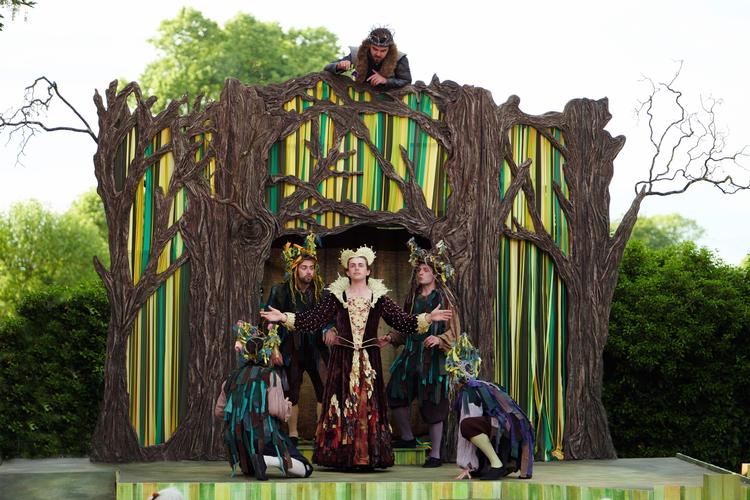 The enchanting forest setting of one of Shakespeare’s greatest plays, A Midsummer Night’s Dream, was brought to life from Athens to London for one night only in the beautiful surroundings of Regent’s Park.

Being at St John’s Lodge made the whole performance so much more intimate and made you feel like somehow you were a part of this exclusive performance, peeking in from between the trees.

If you haven’t heard of The Lord Chamberlain’s Men, then you’re in for a surprise. The all-male cast, whose mission it is to perform Shakespeare’s plays in their original form, were superb, each character set apart from the other and each one bringing something different to the stage.

The play itself has some of Shakespeare’s expected themes including love, comedy, rivalry, and secrecy.

This comedy has all the plot props making it a guaranteed great watch: fairies, magic, potions and mix-ups.

The Duke of Athens is about to marry the Queen of the Amazons. Meanwhile lovers Hermia and Lysander take refuge in a forest after Hermia’s father promises her hand in marriage to another man, Demetrius. Stay with me…hoping to win over Demetrius, Helena tells him where they are and then follows him into the forest. And in the same woods is a group of would-be calamity actors rehearsing a play they’re planning to perform at the Duke’s up-coming wedding. You know it’s going to be good and Shakespeare never disappoints and neither do The Lord Chamberlain’s Men.

The confusion and chaos come from the mischievous servant of the King of fairies. He gets his wires crossed and ends up giving a love juice to the wrong people leaving all sorts of love triangles in the forest.

The path of true love may not always be smooth but in the end, all the couples who should be together, end up together, ready to start their happily ever after lives.

The performance was unique, witty and as original to Shakespeare’s text as it could be. The beautiful garden setting backdrop really added a something something to the show which left you with a warm glow inside.

If you see any performances staged by The Lord Chamberlain’s Men, go and see them. If this rendition was anything to go by then you won’t be left disappointed.