In some ways, I’ve been on trial my entire life 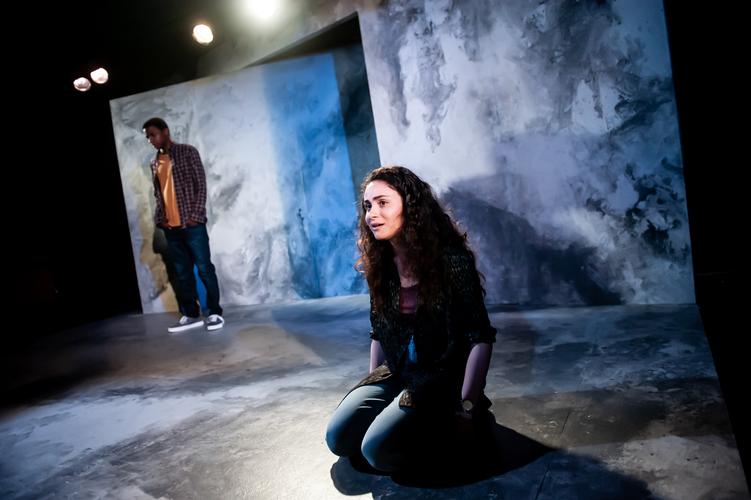 Anna Ziegler’s Actually is a journey into sexual consent, following a drunken hook up of two college students, and the different perspectives on their encounter.

It was first performed in 2017, and it is Ziegler’s first London play since “Photograph 51” which starred Nicole Kidman. This production is directed by Oscar Toeman.

Princeton freshmen Tom (Simon Manyonda), who is black, and Amber (Yasmin Paige), who is white and Jewish, have a night of (non-consensual?) fun. Actually takes us to the world of “he said, she said”: Tom and Amber – the only presence on the stage – tell us the story of their lives and what they remember has happened that night. Yes, we are talking about memories; and this makes even more difficult to ascertain the truth: the judgment is altered by the alcohol, the pain, the vulnerabilities and the trauma.

Tom and Amber are very different: he comes from a background of poverty and his passion for the music and the piano helped him to carry on when he was younger. Amber comes from a wealthy family; she is naïve, self-concerned, talks nervously, makes racist comments and shows little boundaries.

Even if different, both Tom and Amber have their demons.

The dialogue is fast, going back and forth from one account to the other; the language is vibrant and there is plenty of humour. The audience is fully immersed thanks also to the powerful performances of Simon and Yasmin and the minimal set (Cindy Lin).

Actually is a provocative, thought-provoking and courageous show about consent, privilege, race, life and, ultimately, truth, that sometimes it is not black or white, but grey.

It runs until 31 August. Book your tickets here