The Ideal Woman - Review - The Cockpit

A journey into the psyche of the woman 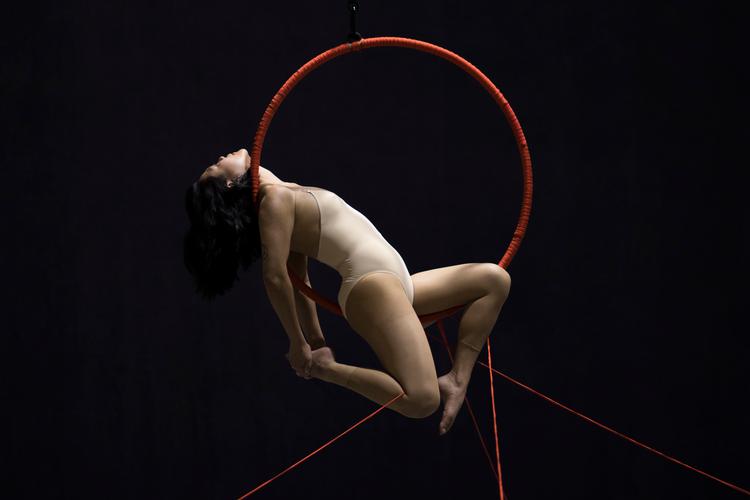 Stepping into the suspenseful brooding atmosphere of the Cockpit theatre stage with spectators in the round, the audience encompasses four short pillars littered with candles and joined by a web of blood-coloured twine.
From that first step into the space, the viewers are prepared to be sucked into a world of ritualistic intrigue.

Devised by Cognatus Theatre and performed by multi-cultural actor-creators Vinna Law, Susanna Hyvärinen, Vanessa Borrini and Morgana Baldiserra, The Ideal Woman is sound-scaped by these four actor's original acapella songs and soothing harmonies. The hymns and chants that we hear in several languages invite us to consider what it means to be born into the indoctrination of the female religion: To discuss why, although times are slowly changing, we all still have an impossible ideal of the sex and where that has come from.

The physical and aural explorations of these themes are captivating but the intrinsic emotional value is lost through seemingly, rushed or vague design. The use of an aerial Lyra hoop ached for symbolic precedence, but it would be asking too much of the audience to realise its purpose in such a short amount of time.

In a thirty-minute piece, one would expect to either be grabbed instantly and psychologically ricocheted through a tumult of interesting scenes or to at least have one strong arc to be guided along towards an ambiguous but intriguing ending.
Instead the audience were presented with a stunning set up and cult-like theme that ran with a couple of repetitive ideas before coming to a sudden stop that left the audience hesitant to leave their seats because we just couldn't believe that was all they had to say. That in itself may be an important message about the female voice; in that as soon as you have stopped to listen, it is apparent that there is a lot to say that has been shut down by centuries of patriarchal ruling... but I think that would be giving the piece undue credit.

It runs until 14 August