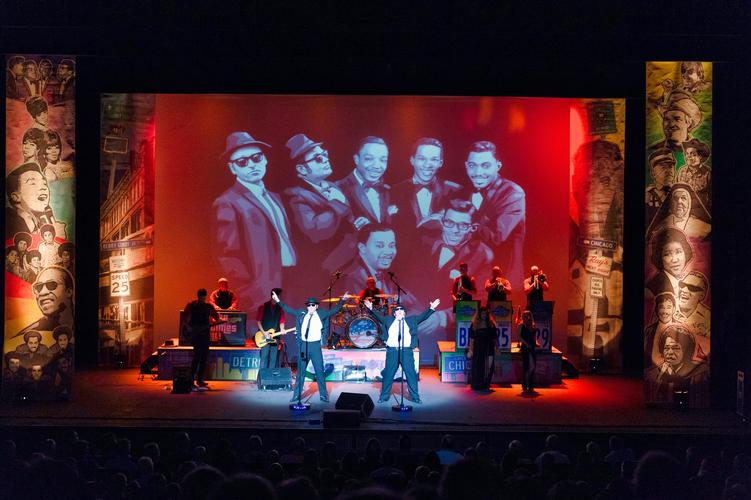 Everyone loves a bit of nostalgic music  –  some fantastic classic songs which take you back to a time that makes you feel happy from the inside out.

And that’s exactly what The Chicago Blues Brothers – Motown Mission did. It was on for one night only at the very grand Savoy Theatre and it was definitely a fun way of spending a Sunday evening.

The two-hour show provided plenty of laughs as well – a good way of breaking up all the songs.

It’s all based on the actual Blues Brothers - the film was made back in 1980 and is considered to be a cult classic.

The siblings, Elwood and Joliet ‘Jake’ Elwood decide to hold a comeback concert. In the opening credits we’re told they’re heading to Detroit but obviously they’re in London.

We’re introduced to them on stage and they’re accompanied by the CBB band and backing singers the Sweet Soul Sisters. It was a nice combination giving the whole show a good feel good factor.

There were laughs and sing-a-longs and audience participation which just made it more engaging than your average show of sitting and watching a performance playout.

The second half was the better half where the brothers turned it up a notch and got the audience on their feet. And they managed to keep most people jiving for almost all of it.

It felt quite liberating just bopping along to some absolutely classic songs from the likes of Aretha Franklin, Dolly Parton, The Temptations, Jackson 5 and the Supremes.

There were some noticeable moments when you knew the high notes had been missed in some of the songs but it didn’t feel like the end of the world because the performance was at least entertaining.

The show might have been an extravaganza for one night only but I’m sure these brothers will be back at some stage – keep a lookout.