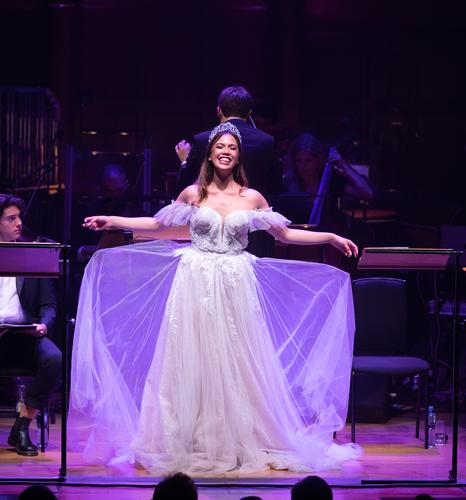 The View UpStairs is a musical by Max Vernon about the 1973 arson attack at the UpStairs Lounge, a gay bar in New Orleans, on the final day of the Pride weekend celebrations. A total of 32 people were killed and before the 2016 Orlando nightclub shooting it was the deadliest attack on a gay club in US history.

The show is set in the UpStairs Lounge in both 1973 and the present day. In 2019, we meet Wes (the excellent Tyrone Huntley) who is a young self-absorbed and social media addicted influencer and fashion designer, unhappy with his life and drug-addicted. When he decides to buy the property, he will travel 40 years back in time (hey, it’s theatre: anything is possible) and the victims of the fire will show him what the club was like in its heyday and what it meant to be a community.

All the characters have the chance to tell something about their life: Cedric Neal is a wonderfully camp Willie; Andy Mientus is Patrick, who falls in love with Wes; Carly Mercedes Dyer is fantastic as Henri, the butch bartender; Garry Lee and Victoria Hamilton-Barritt are Freddy and Inez, a Puerto Rican drag and his tolerant mother; Declan Bennet is Dale, Derek Hagen is the homophobic cop, Joseph Prouse is the Priest Richard and John Partridge is Buddy, the married gay man, and pianist of the lounge. If you are thinking that some of the characters are a bit cliché, well, you might be right.

Fabian Aloise has choreographed some bouncy production numbers that make this show a colourful, fast-paced, entertaining production, thanks also to the fantastic ensemble. Lee Newby has designed a beautiful, evocative set, and on stage there are also some people from the audience - a distracting factor.

Unfortunately, the loud rock score has 15 numbers, and none of them memorable.

Still, the dialogues between Wes (who is not a very likeable character) and Patrick are witty and thought-provoking. So much has changed in more than 40 years, and it is so interesting to see the parallelism of the life of the two guys. The question is: now that gay people have conquered so many civil rights in the western world, does this mean that they are happier? Or was the sense of community and of looking after each other stronger in 1973, when our social life did not have to necessarily go through Instagram or dating apps to become real?

Also, this show reminds us how dangerous gay life was until a few years ago, but also how it still is, and not just in many countries where homosexuality is illegal, but in every city of the world, where there are still politicians fuelling hate and people ready to kill, as it happened in Orlando recently.

And for this reason if anything else, The View Upstairs it’s worth it a trip to Soho Theatre this summer.

It runs until 24 August. Tickets here