An epic love story set on the Greek island of Cephalonia 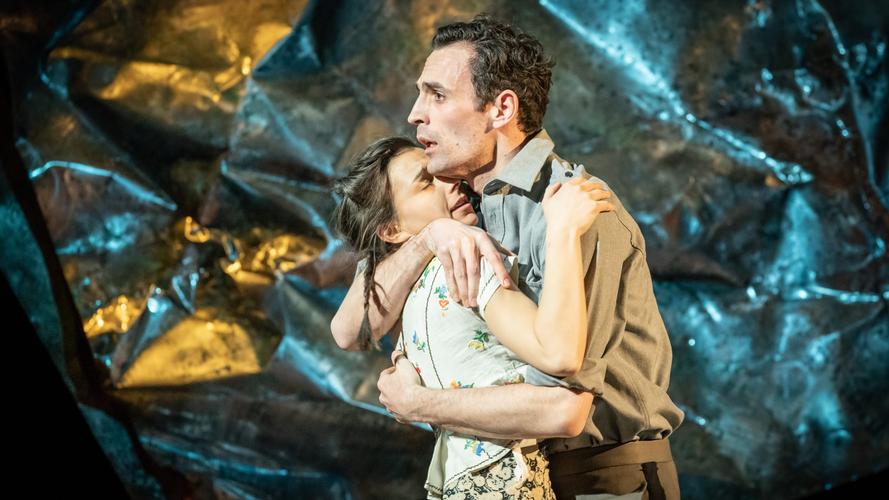 The Harold Pinter Theatre is home for the next eight weeks to Captain Corelli's Mandolin. At almost three hours long this play at times feels more like an endurance test.

The Greek Island of Cephalonia during the Second World War sets the scene for where Dr Iannis lives with his daughter Pelagia, and his unique plant watering technique is a constant irritation for her.

The German and Italian troops are posted on the island which breeds much resentment from the Islanders. Pelagia (Madison Clare) is betrothed to Mandras  (Ashley Gayles), a local fisherman who wins her heart first before he is drafted off to war.

As the story unfolds she finds herself drawn to Antonio Corelli (Alex Mugnaioni) the handsome, charismatic young Italian captain, who has been placed at their home without their approval. The threat against his life drives Corelli back to Italy, promising to return to Pelagia and marry her as soon as the war is over. However, as with many love stories and the toils of War, a neat happy ending is unlikely to take place.

There are some saving points to the play. The stage combines playing home to the island of Cephalonia and fierce battlegrounds. With a large metal copper coloured square plate dominating the back of the stage, the special effects by Dom Baker are used throughout the play which projects upon it with an amazing effect lighting up the whole stage. Set designer, Mayou Trikerioti certainly has a keen eye for detail which works brilliantly using this unusual backdrop.

The director Melly Still has been somewhat ambitious in attempting to bring this difficult play to the stage. However visually stunning and powerful this production is, overall it is too long and with so much going on it tends to lose the storyline in places.

The complicated battles between various sides were not always clear as to who was fighting who, much of the time it merged into one leaving me to question what is going on? However, the special effects during these scenes were extremely well choreographed and the realistic gunshots made the audience jump.

Luisa Guerreiro portrayal of the "goat" was my favourite character. Her mannerisms, chewing and bleating were very well performed as she walked around on all fours with her goat bell tinging away. I actually missed her performance in the second half when I learned of her fate, the Italian Army had eaten her.

The entire cast played their parts well and with conviction. It certainly does not come across as an easy stage production to be part of, with some extremely challenging scenes taking place when they are on the battlefield and throwing themselves around.

The themes move so fast at times from scene to scene that it got lost in translation at times. The multi-layered complexity of the original novel, in my opinion, is far too in-depth to make its way onto the stage with the same amount of detail and understanding. However, here it is and audiences must make their own minds up!