A new approach to the Shakespeare's classic 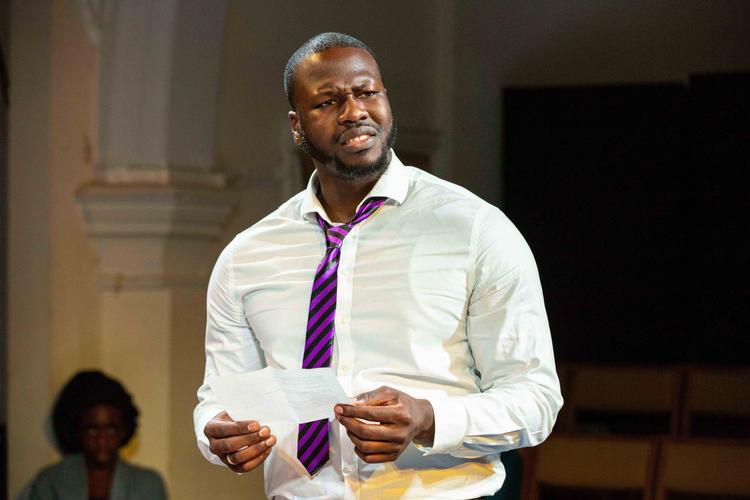 Shakespeare would be proud FAM as this street version of his classic Othello is well and truly taken from 1603 and punched right into 2019.

At the beginning you’re left wondering if you walked into the right theatre, there in front of you is a boxing ring. You know you’re in for a ‘modern take’ and it’s only when the lights are dimmed and the scene opens with its dialogue that you realise this is just like life right now, CUZ.

Othello is there training for his next big fight and the club is in London. One by one, we’re introduced to the rest of the cast.

There’s talk of people dating, and the fact that it must be serious because a couple was seen in Nando’s together, innit.

The language is so current but with lots of Shakespeare’s original text weaved in and out throughout; it’s done so naturally and doesn’t jar at all at any point.

Othello is traditionally a respected soldier, a fighter. But here in this show at the Omnibus Theatre in Clapham Common, Othello (Kwame Reed) is a champion boxer. He picks Michael Cassio (Micah Loubon) to be his corner man in his next bout. But that decision is like a right hook to his best friend Iago (Baba Oyejide) who thought he’d be the one picked for the role. It’s like the bell has sounded in his ears because from that point onwards, consumed with rage and jealousy, he plots Othello’s downfall.

The way to get to a man is through his woman and Iago’s plan is to make it look like his girlfriend Desdemona (Hoda Bentaher) is cheating on him with Cassio. His plan works but with disastrous consequences.

There might be a huge time difference between 1603 and 2019 but the themes are still there, still being represented and that’s what came across in this performance. Revenge, deceit, anger, hate, love, race, crime, still as important today as they were back then.

In Shakespeare’s original text, Othello is black and everyone else is white, so he stands out, and also is the victim of racism. But here in this show, everyone is black, so he blends in with everyone and didn’t feel as strong and angry as he could be. The same can be said for Iago – in the written form he is devious, manipulative, cunning and two-faced but in the show he was a much weaker version.

What’s interesting about the cast though is the addition of the Referee (Danielle Adegoke). She never really does anything that you’d expect a referee to do but she’s like the inner workings of the real devilish Iago, speaking only to him throughout the performance.

The fun and laughter is brought to the stage by Rico (Iain Gordon) and Bianca (Ellie Lees), they’re both just so real and funny and with their own unique little touches they’re able to add some extra humour into this tragedy.

This was a fresh production, a true modern version which should be applauded and celebrated.

Oh and there’s a little surprise at the end – but we won’t go into that – you can find out what that is for yourself. Othello: Remixed is on until 14 July.