Much Ado About Not(h)ing - Review - The Cockpit Theatre

Shakespeare and the influence of social media on 21st century relationships 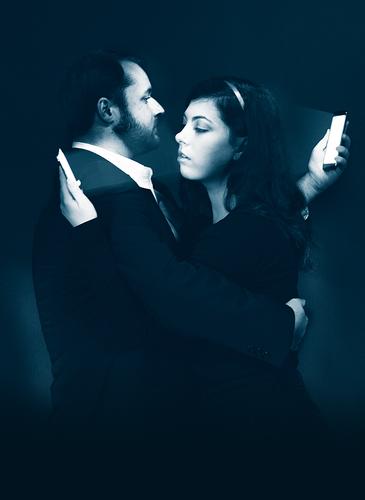 He’s a playwright who just keeps on giving – Shakespeare will never get old – and making his work modern seems to be fashionable but sometimes I wonder why.

This version of it showing at the Cockpit Theatre in Marylebone gets hands on, in an interactive kind of way. You use Facebook to join the performance’s newsfeed which is great for those who are on Facebook but not so much for those who are not, like me. More on that later, but let’s get to the plot.

The play is a comedy entangled in a tragedy with some stirring added in to create the mix. Joan Don and her half-brother Pedro Don have just returned from a six-month deployment in Afghanistan. Borachio is infatuated with Joan and together the pair plot to ruin the upcoming marriage of Claudio and Hero.

They make Claudio believe that his bride-to-be was unfaithful on the eve of their wedding day. He then waits until they’re at the altar to humiliate her and refuses to marry her. She, so distraught, then pretends to be dead and the truth finally comes out over time.

And to add some other elements, Benedick and Beatrice despise love but they’re happy to engage in comic banter. Then the others plot to make them fall in love with each other and before you know it, the trick has worked.

The acting was good, the plot was great - it is Shakespeare after all – and it had some nice modern touches thrown in too, which was nice because it worked.

It was great to see that Shakespeare’s original text stayed the same despite the tweaks that brought it forward to 2019.

But let’s get back to the Facebook element – there was a projector screen used for the backdrop of the play. I didn’t really see the point of it in the end because at first I thought the newsfeed would appear there, which would have been ideal because you get to see the characters’ posts and you keep your eyes on the stage and not glued to your phone. But instead it was used to project some random images, two of which looked like hotel rooms.

The one time it was used to show the newsfeed was towards the end, so it didn’t quite feel like the interactive experience I thought I was going to get.

Maybe the whole thing was amazing for those who had Facebook, but there should have been an open public page for people who are not on it who can still view it – I did try and look to see if there was one around but couldn’t find anything. The only way to access it was advertised on the projector before the show started and there was no one to ask.

In the end it just felt like another adaptation – it didn’t feel like this brought anything to the table for me. But it is Shakespeare so always worth a watch - it's on until 22 June.