A hilarious production discussing the highs and lows of relationships 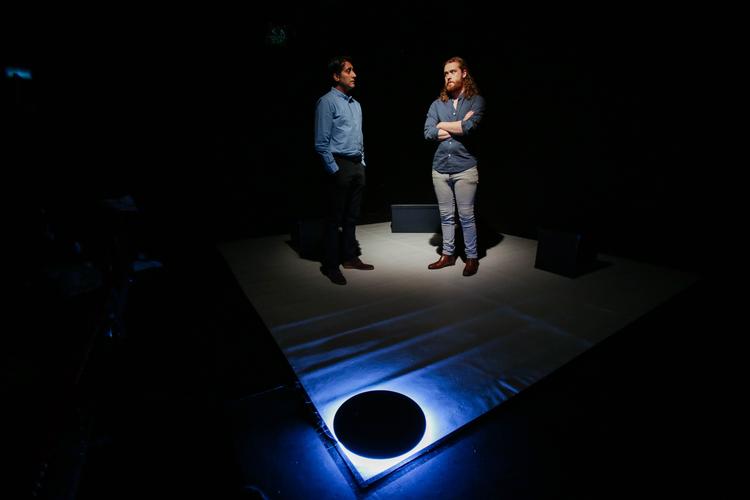 Is marriage worth it? Is it worth all the arguments and disagreements? These are the questions that are being asked in The Knot, a telling of two intertwined stories through monologues exploring two very different relationships that are both in a bad place.

The Knot is a hilarious production discussing the highs and lows of relationships and how those moments happened. The stories are told from the perspective of two men, both different in age, ethnicity and personality.

Imran Basra, the middle-aged man that has been married for 20 years, is portrayed by Alyaz Ahmed. Ahmed created some great comedy moments and had an excellent grasp on how to keep his audience entranced. The birthday scene at the end of Act One was particularly well performed and showed his skill as an actor.

Caolán Dundon was the other half of the storytelling team as Aiden Hayes, the young fiancé who has been away from his partner for too long. Dundon appears to have a talent for interacting with an audience; breaking the fourth wall several times to interact. Along with his superb comic timing, Dundon manages to get his audience in the palm of his hand. In great contrast to this, the more emotional of Aiden's scene, especially the final moments of the play, were performed with such skill and beauty that made the audience forget they were watching a play.

The Knot asks questions about marriage that have been asked many times in the past, but it asks them in a funny and witty way. This is a fantastic and hilarious piece of theatre, from beginning to end.