The struggles in immigrant families 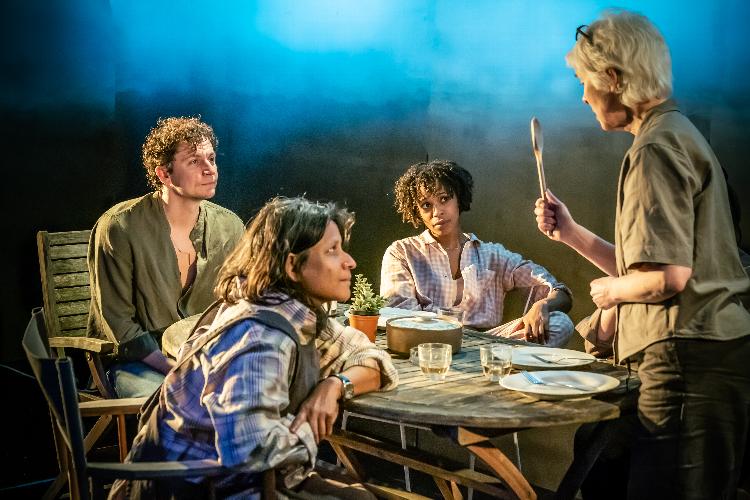 The disjointed start of Napoli, Brooklyn introduces the audience to each of the characters and the themes in which some of their journeys are about to take place as their stories unfold. Set in the 1960's Brooklyn with the attitudes and ideas of the generation running throughout the play.

Themes touching on homophobia, racism and the patriarchal violent head of the all-female household run alongside each other. The family dynamics change and a plane crash led to some dramatic shifts for some of the characters. These are interesting to watch but not necessarily believable!

The centrepiece of the stage is predominantly fixed around the family dining table, which changes to become a butcher's block and tile factory conveyer belt. Using the centre of the stage clearly for fantastic visibility in the auditorium.

Exploring a range of emotions a family endure over time and what people will tolerate in the name of love are heavily explored through Napoli, Brooklyn. What is happiness? Will, any of the characters finally experience it? How far does loyalty go? All questions challenged throughout the play. Leaving the audience to draw their own conclusions.

The Italian American and Irish American accents are as far as I know are close to how they would naturally sound. Without any sense that they were being overacted which can often be the danger.

Parts of the play become hard to watch when violent scenes break out between the three daughters, Mother and Father Nic. Robert Cavanah's portrayal as a narcissistic controlling perpetrator is horribly realistic and jars your senses at certain points.

Writer, Meghan Kennedy has captured the family dynamics perfectly in this raw and unfiltered storyline. She hasn't held back on any of the challenging subjects mentioned above. Director Lisa Blair particularly captures the violent outburst at the Christmas meal table as the auditorium gasped when the scene erupted violently in front of them.

It runs until 13 July