There is nothing sad about Les Mis! 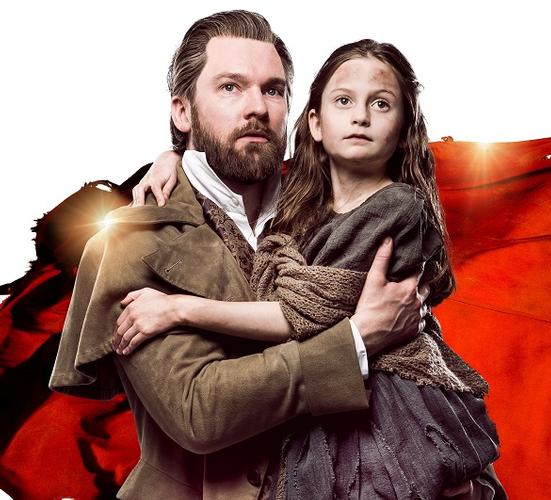 When I was asked to go and see the touring version of Les Miserables at the Milton Keynes Theatre, I was hesitant.  I had seen it more than once in the West End and that's where I wanted my memories of this beautiful piece of musical theatre to remain.  There is also some dialogue at the moment over the revolve being removed and replaced with projections and I was interested to see if this made an honest difference.

The cast for this tour are quite spectacular.  Killian Donnelly  and Nic Greenshields are a formidable pair as Jean Valjean and Javert respectively.  Much should of Greenshields' version of Stars – this is not an easy song to sing, yet he made it look flawless.  Much should also be made of Bring Him Home, such was the depth of Donnelly's rendition.  He sang so much more than just the notes, interweaving the text and allowing there to be space for it to soar.

Superbly supporting were Katie Hall as Fantine, Harry Apps as Marius, Tegan Bannister as Eponine who did a sterling job with One Day More. Martin Ball and Sophie-Louise Dunn as Mme & Master Thenardier.  Whilst I understand that the revolve is an iconic part of Les Miserables, the projections work just as well and I don’t want to divulge too much for those who are yet to see, but you won't be too disappointed!