A provocative and incendiary play at the Pleasance 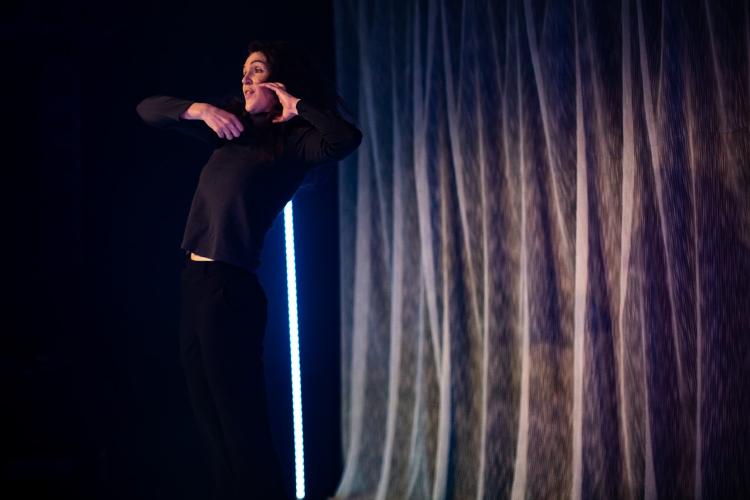 With such a brazen title as "Kill Climate Deniers", you might be forgiven for expecting something that maybe took itself a bit too seriously, or tried too hard to be funny while getting its point across.  Instead, the audience was treated to a hilarious, fourth-wall-breaking action comedy with a conscience and a cracking soundtrack. If this were a film, you would want to buy the cd.

The majority of the play takes place at a fictional Fleetwood Mac concert at Australia's Parliament House, attended by the Environment Minister, Gwen Malkin, and her Press Advisor, Georgia Bekken, when a group of eco-terrorists storms the building and threatens to shoot everyone there unless the government fixes climate change immediately.

Renowned comedian Felicity Ward has been cast perfectly as the hapless Malkin, an unlikely cross between Veep's Selina Meyer and Rambo.  Not only does she have impeccable comic timing and impressive energy and dance moves, but she even wrings an unexpected tear in the touching final scene.

Bec Hill, as Catch, does a great job with the potentially tricky role of the lead eco-terrorist, managing to be believably intimidating whole keeping the audience onside with her point of view, and Hannah Ellis Ryan played multiple characters with heart and humour, plus a great running gag (no spoilers though!).

Nathan Coenen completed the cast as Finig, the play's writer.  He reminded the audience of the reason behind the play, and the concerns the playwright has about the world's future, while avoiding being heavy-handed or preachy - admirably lightly played without being glib.

This production was well-staged in a challenging space, with impressive technical elements. There were a few moments which lacked clarity, but ultimately that didn't affect the audience's enjoyment.  Kill Climate Deniers is a very clever, hilarious show, and deserves to be seen by as many people as possible.

It runs until 28 June