Toast - Review - The Other Palace

No burnt bits in this loaf! 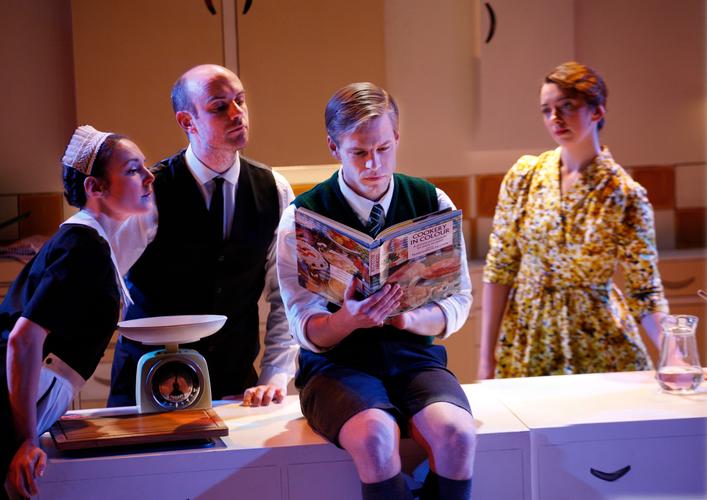 Following a sold-out run at The Edinburgh Fringe, Nigel Slater's Toast goes from strength to strength with its current London outing at The Other Palace Theatre before it embarks on a UK Tour from 19th August 2019.

Based on Slater's memoirs of his journey from a young boy to how he discovered his love of cooking, this stage adaptation packs a punch. With cleverly choreographed movement, paired with an excellent retelling of Nigel's young life, this show takes you through the highs and lows that made Nigel Slater the considerable success he is

The production has been carefully designed to pull an audience in, the stunning direction and movement from Jonnie Riordan created an entrancing environment from beginning to end. Complemented superbly by Henry Filloux-Bennett's writing, Toast takes you through a rollercoaster of emotions and memories to bring the nostalgia roaring back.

The stand out of the show is Giles Cooper as Nigel. In a play about the life of Nigel Slater, it comes as no surprise that Nigel would feature heavily, but Cooper's portrayal was astounding. Taking a character from age 9 to age 17 in a 55-minute act is no mean feat, but this appears effortless for Cooper as he almost single-handedly moves the story along without leaving the stage unless it was to give the audience some 'sweet' treats.

That is not to say that the four supporting cast members didn't make an impact. Each of them portrayed the different people through Nigel's life with fantastic skill and superb characterisation.

Toast is a memoir re-telling to be reckoned with, and deserves to be at the top of the cake stand with a proverbial cherry on top!

It will run until 3 August and then it will tour the UK. Tickets from £ 15 here