The West End debut for BalletBoyz 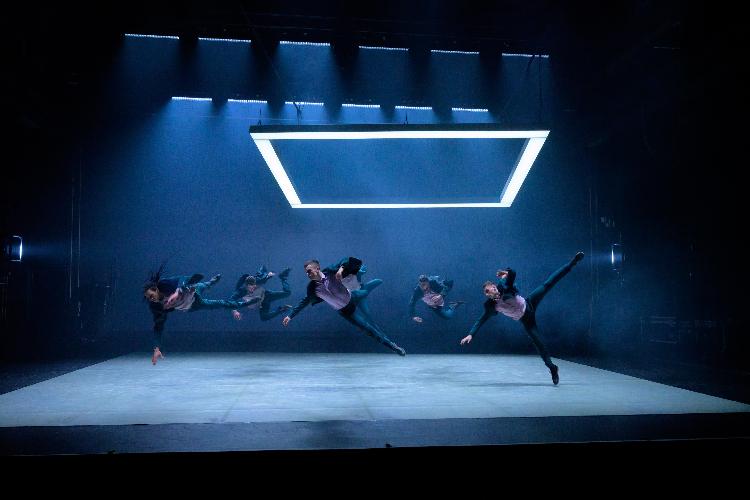 The Balletboyz West End debut opened at the Vaudeville Theatre to a well-attended auditorium press night. After coming to prominence through Channel 4 documentaries and stage production at Sadlers Wells in the Autumn of 2017 their popularity has grown.

Them/Us is a performance of two halves. The filmed introduction presented by the six dancers explains that they had been involved with the choreography and create their own performance routines you watch in the first half titled them.

During Them, the dancers predominantly use the rhomboid frame on stage through their performance utilising the structure with ease and their dance movements flowed through the frame as it was directed around the stage. At times effortlessly entwining their bodies over the bars and interacting with ease.

It doesn't matter how often I see these used during dance performances I am completely in awe of how dexterous the dancers are who use them and the smooth transitions that take place through the dance routines.

The stage had been left bare and resembled a blank studio. Where the focus was to be the dancers only without any aesthetic distractions which worked extremely well as it reflected on their starting journey with choreographing and being partly in charge of their own performance.

They had been guided too from the collaboration with Charlotte Pook rehearsal director and artistic directors Michael Nunn and William Trevitt.

Christopher Wheeldon OBE choreographed the second half of the performance titled the US which took on a different approach with the dancers and from the start it was a far stronger professional feel to the statue and movement of the dancers.

The tempo, costumes and overall performance stepped up a level as the six dancers dressed in loosely fitting grey-tailed jackets and white shirts took to the stage. Each move and interaction was clearer and obviously held a more professional stance upon the stage.

During his introduction to the audience through the filmed part, Wheeldon explained that his two dancers were to resemble either two lovers/friends entwining through an electric current beginning when their fingers tips first touched.

The two dancers choreographed for this duo were absolutely incredible. You could almost feel the electricity and passion wave across the audience as they touched and moved completely in sync with one another. The pair beguiling us through dance and finely tuned movements. Co-Artistic directors Michael Nunn and William Trevitt have formed a truly outstanding dance company. Where the focus has been on creating new works and this production is a credit to their vision and bringing this fantastic production to the West End where it deserves to perform to sold out houses.