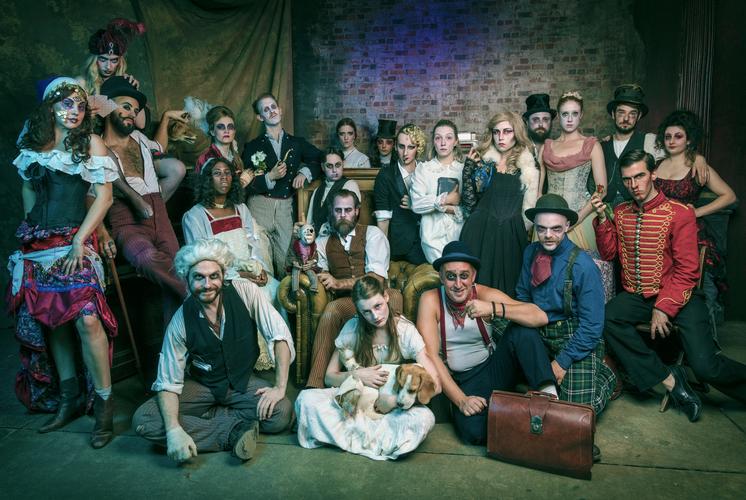 The CoLab Factory has become famous for its immersive experiences. From its regular use with Mr. Gatsby to various trips to other eras, an enjoyable time is guaranteed if you are willing to get involved.

The latest immersion takes you back to the 1840s, surrounded by freaks and creeps alike. Welcome to The Swell Mob. From the second you enter the space, your senses are beaten into submission to take part in interactions, gambling, drinking, and fun.

It would be good to mention that if you have any claustrophobia or are physically unable to walk downstairs, then it might be worth avoiding this production.

That being said, this is a fully immersive show. The audience has to get involved. You are entirely in charge of what goes on. You have interactions with characters, but if the correct questions aren't asked, then the answers won't come.

This experience could almost be likened to an escape room with live actors. Everything in this show is designed to tell a story, but as an audience, you are in charge of putting that story together. The Swell Mob isn't a production to sit by and observe, as if you do, you won't have any understanding of what is happening.

Overall, The Swell Mob is an impeccably designed piece of theatre with incredibly likeable (if a little crazy) characters and fully transports you to a time when anything is possible.

It runs until 25 August