There are no winners in this story 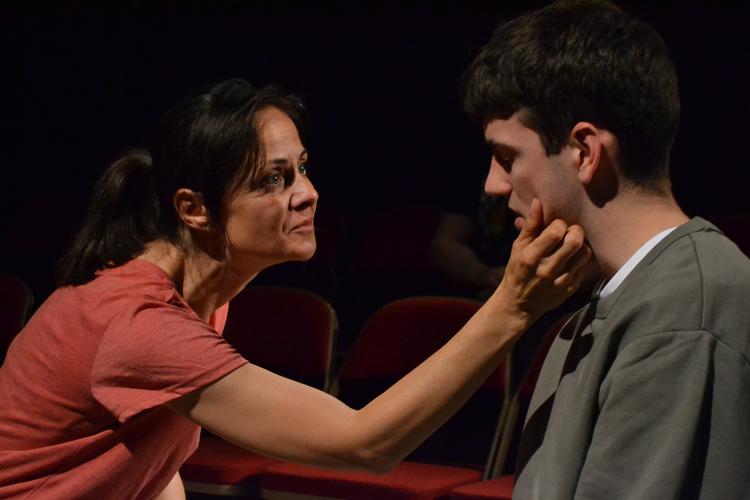 There is something very original in this play written by Louise Breckon-Richards and directed by Kesia Guillery which talks about something we read every day in the newspapers: the knife crime epidemic continuing to plague the streets of London and showing no sign of slowing.

Anna (Caroline Trowbridge) is a single mother and celebrating her son Joshua (Leon Finnan) 15th birthday with a cake and a special gift – a PlayStation, something she managed to buy for Joshua after saving for a long time.

One year later all this happiness is gone, and Anna has to face a woman, Maya (Sophie Cartman), who has lost her son too, although in a different way.

Youth violence in London has risen by almost twenty percent in the last year. There are communities and demographics in which these two problems merge. Around half of males injured by knife crimes, and half of the male perpetrators, are black and under the age of twenty-four. They also are more likely to be poor, excluded from school, and vulnerable to mental-health problems.

Most of the time, we focus on the crimes and on the weapon, namely on the knife (hence the “knife crime” label), missing all the rest.

Four o’clock flowers does not explore knife crime, but the difficulty to understand why things happen, a difficulty that makes a mother’s grief extremely hard live with– sometimes unbearable.

It is true that the loss of a child is a bereavement that is impossible to grasp without experiencing it first hand, an unnatural loss that challenges the sense of safety, but we can feel all those emotions watching the two women who, despite their differences, reveal to have so much in common.

Four o’clock flowers is a tough play: it is not easy to watch, it doesn’t provide answers and it is very sad. But it is also beautiful, moving and necessary. Because in this war, there are no winners.

It runs until 1 June at the Space Theatre, Isle of Dogs