A smartphone, headphones and.. 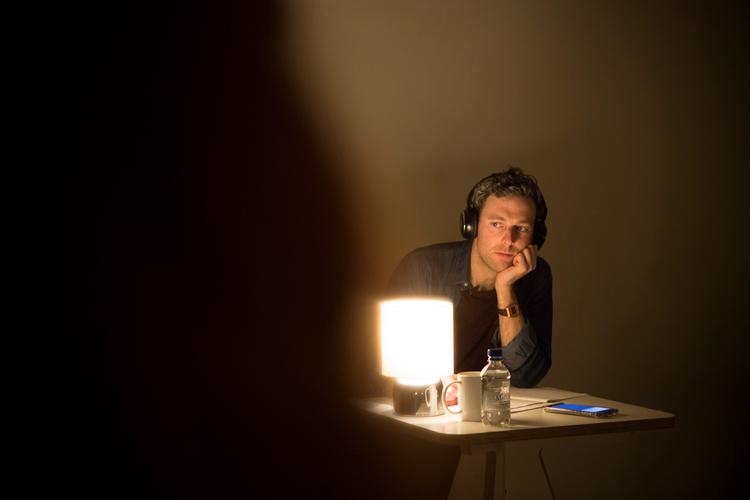 You post your life on Facebook, your thoughts on Twitter and your snaps on Instagram - leaving a trail of your existence out there for everyone to see. But what happens when you die and someone left behind has to decide what to do with all your social media accounts – to save your digital encyclopedia or delete your life’s work? That’s the dilemma Terry is facing.

You’re welcomed to The CoffeeWorks Project in Battersea with a smartphone and headphones to immerse yourself in something – the only thing is before it begins you don’t know what that something is but the intrigue and suspense adds to the element of surprise when it all starts unfolding before your very eyes…and ears.

After almost a decade together Luka suddenly upped and left – Terry was distraught, punishing himself with that burning question of why, you know the one we all torture ourselves with when we don’t understand how a relationship has broken down.

Now, months later Luka is dead. And the only way we all find out is when the texts, emails and WhatsApps start flashing up on our phones from people Terry hasn’t heard from since the split.

Then comes news that Luka has left Terry to be his social media executor, a thing he agreed to be during a random conversation he thought meant nothing while they were still together. But now it means everything.

We delve into Terry’s present as he struggles to come to terms with his former partner’s death. When the headphones are on, you’re with him, hearing every breath, feeling every piece of pain, anguish and heartache over the breakup  and now over his permanent loss, all distractions obliterated so the only thing you concentrate on are his words.

And he weaves in Luka’s online past beautifully as he tries to piece together those missing months to try to put to rest those unanswered questions. But trawl through someone’s social media and you’re bound to find something you don’t like. And there it is - a picture of Luka holding a balloon with people Terry has never met. But he can’t get past the balloon – we find out Luka never liked balloons. And the secondary question, which you thought would be the primary one, becomes who on earth are those people he’s with.

This one-man show sees Terry O’Donovan doing a sterling job taking us through the humour and heartbreak of relationships, their demise, and the dilemma of death and the digital world.

It’s cutting edge, thought-provoking, and the element of drawing us all in interactively is genius.

The setting was perfect - a café, a contemporary workplace where you find people milling around, procrastinating, filling gaps of time by taking a sneaky peak at what everyone else is doing on social media.

There’s no point telling you what Terry decides to do in the end – you’ll have to go and find out for yourself, but it will get you talking.

User Not Found is on until 2 June.  www.danteordie.com/user-not-found