A powerful exploration of hate crime 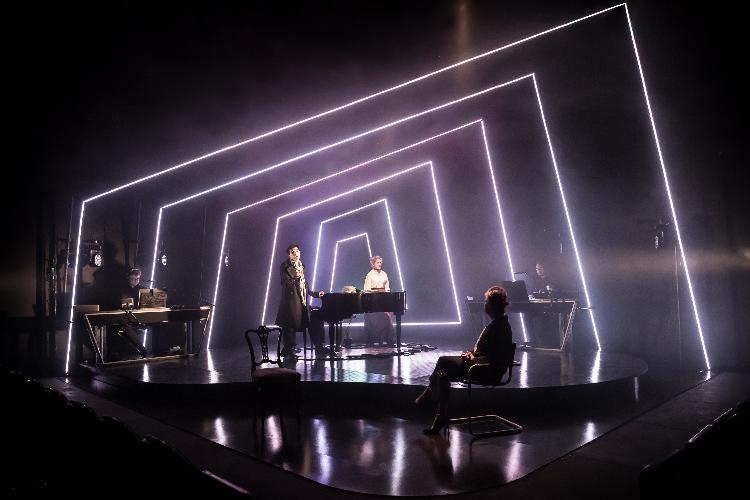 Davey (Thomas Mahy) has been following Anita (Louise Jameson) for a few weeks. One day, he follows her to her flat. Now that they are both in Anita's living room they can confront their demons and talk about a traumatic event they both experienced, even if from different perspectives.

The set of the play is quite simple: a sofa and some boxes; Anita has just moved into the flat. But this doesn't matter, because the living room is full of emotions, the same emotions that, for the first time, Anita and Davey are free to release and to show to each other. This meeting will change their life forever, because they will be forced to confront their grief; the grief of a mother, and the grief of a lover.

The interaction between Davey and Anita is intense, dynamic, physically and mentally tense (but I admit I was perplexed when it became sexual), and it is almost exhausting to watch them for 90 minutes. Thomas has genuine energy in his performance, and he delivers the final shocking monologue with powerful intensity. Louise brings elegance, dignity, and pain to the character of Anita.

We know that things are different from what we have been told at the beginning and it is quite easy to predict where the story will go. But still, the tight direction of Robert Chevara and the magnetic script of Philip Ridley, who is an absolute genius in building up slowly the suspense until the cathartic end, keep the audience on the edge of their seats.

Vincent River is a compelling drama not to be missed, and it is incredible to think that even though it was premiered almost 20 years ago, the message at its heart - hate crimes- is still so actual and relevant.

It runs until 20 June