Nine shorts, all in one night 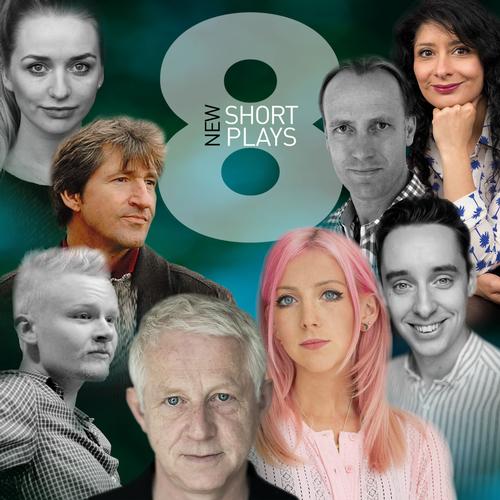 The Ink from Pen to Performance delivers a selection of nine outstanding plays chosen from the 350 submissions first entered into the 2019 Ink Festival select committee.

The nine plays selected are an interesting blend of comedy, family relationships, romance and friendship. All taking a look at issues or situations found within a diverse slice of society.

The Tristan Bates theatre is an ideal central London venue for these to be performed in as it offers a great space to enjoy a drink and chat pre-show. The helpful friendly staff make cannot do enough to help any queries.

Another Suitcase Another Hall by Richard Curtis.

When the theatre props take over the importance of the performance rehearsals something is definitely amiss as this comedy descends into chaos.

Barbara's audition for a part in Evita becomes unbearable as the director John becomes obsessed with the right suitcase. How it should enter the stage, which colour suits the song and how it should or should not be held!

After having the suitcase thrown at her as one form of entrance the song becomes lost in her performance as the nervous Barbara flinches and winces having no idea what to expect next and neither do the audience!

The menopause has taken a firm grip on Irene. She reflects on her life through decades questioning where did the years go?

The monologue style performance takes place while she is sorting through her eclectic selection of clothes. Deciding on which garments are to be sent to the cat's charity.

A few of the garments she picks up have a history as to why or when they bought. Most of the audience can relate to this scene. As you are left asking yourself why you ever purchased it in the first place.

However irritating Richards character is you cannot help feeling empathy towards him when Max appears to deliver the news that the club is over budget and will, therefore, be closed.

In order to save the club, they agree to settle it in a befitting style. A ping pong playoff!

After Prospero by Martha Loader

Ariel and Miranda are once again together as they meet at the family home for their Fathers wake.

With the storm raging and the lower half of the house flooded the scene is set in extremely tempestuous conditions.

Ariel's attempt at normality in these worsening conditions consist of more wine or a few party rings as kitchen facilities are limited.

An interesting short play based on the storyline from Shakespeare's play The Tempest.

After a party and another chance meeting with Jake. Rory is desperate to ask him out on a date. Turning to Harry who is at home tucked up in bed. Rory asks Harry for advice.

Unbeknown to Rory, Harry and Jake are already well acquainted. With Jake hearing all of this from his unseen position he is fully aware of how Rory feels about him and what he would like to happen next.

It pushes the limits of where friendships and relationship begin and end. Who do you stay loyal towards? A difficult decision, therefore, has to be made by Harry.

Nina's Not Ok by Shappi Khorsandi

17-year-old Nina has no idea what life has in store for her as she returns home from an unsuccessful night out.

After being thrown out of a club for lewd behaviour and a brief fumble in an alleyway. Her monologue attempts to reason her behaviour as she focuses on her trip to meet Jamie her boyfriend of 2 years.

Doria, Gloria and the unenthusiastic Sarah gather on the sofa to watch the Royal Wedding. As the happy couple are about to embark on their big day. The conversation sparks when they comment on the bold statement of the bride who walks up the steps to St Georges Chapel at Windsor Castle on her own.

As Doris reminisces about her days as a campaigner including her stint at Greenham Common her Grandaughter chats to her with the same passion for life.

Gloria grew up in the shadow of her Mother Doris and only ever wanted to be a good Mother and Wife. Her feelings of inadequacy leave her questioning her own life choices.

What is a life well spent? This can only ever be decided by the individual.

Mixed Up by James McDermott

This outstanding performance by Will Howard stands out from the rest.

Adam is a music nut who still loves to listen to old mixtapes.

His life changes after meeting Eve in a beer garden. They soon become a couple and although the hints are they never reach a sexual level it's enough just being together.

Falling hopelessly in love he just wants to be with the person no matter what the situation is and explains "I don't want a man or a woman. I only want you" encapsulates the whole storyline. Adam loves the whole person regardless of whether they are Eve or Steve. He wants the relationship to work no matter who they are.

Will's performance is incredibly moving. The trauma caused by the relationship breaking apart through Eve undergoing a "sex change" is hard for him to comprehend. The conviction in his delivery allows the audience to feel every emotion as you are carried along with Adam's painful journey.

A Selfish Boy by Christopher Reason

A child growing up in a house where one parent suffers from severe depression is going to leave its scars on the adult child.

Mum claims she is "bored of being tired". I take from this she is tired of life, hurting, confusion and feeling like she has failed as a parent. A huge burden for anyone to carry with them through their life. Leading to understand why they believe suicide is the preferable option.

Family trauma suffered by Mum destroyed her ability to be a Mum. Robbing the next generation, Chris from having the childhood he deserved to.

Chris's clearest memory is being told at six by his Father to stay to watch his Mother as his Father went to the shop. As the six-year-old, he was confused as to why he was asked to do this but looking back as the adult Chris realises he had been on suicide watch and his resentment is fierce.

Mum's many attempts at suicide date back for many years. I felt it only touched the surface as to how many times she had actually tried to take her own life.

The technique used through this short play works perfectly as it spends as much time breaking through the fourth wall as the two converse in character. In many ways, it feels like Chris breaks into the audience in an attempt to justify why he feels so much contempt to his Mum. Never fully understanding her mental illness.

There is something for everyone in this selection of short plays and some memorable heartfelt performances. Which is raising awareness of many social issues that are not always understood properly? Leaving many people frustrated and angry.